Kangana Ranaut is all set to essay the role of a pilot in the Indian Air Force in Ronnie Screwvala's upcoming production, Tejas. The film will be directed by Sarvesh Mewara.

Confirming the news to Mumbai Mirror, the actress says, "I’ve always wanted to play a soldier and have been fascinated with the Armed Forces since childhood. I’ve never held back my emotions for our jawans and spoken openly about how strongly I feel about their heroism. They keep our country secure and our people safe. So, I’m very happy to be doing this film.”

Kangana will start shooting for the film after she wraps up filming Thalaivi, the biopic on yesteryear actress and former Tamil Nadu Chief Minister J Jayalalithaa. She states that before she begins shooting for Tejas, she will have to undergo extensive prep for the role.

Kangana's latest film, Panga, hit the screens today. Directed by Ashwiny Iyer Tiwary, the drama is about a retired Kabbadi player, essayed by Ranaut, who is hoping to make a comeback in the game. The film also features Richa Chadha, Neena Gupta, Jassie Gill, and Pankaj Tripathi in key roles.

The actress was recently in the news for her comments on lawyer Indira Jaising and Deepika Padukone. While attending a promotional event for Panga, Kangana criticised Jaising for suggesting that Asha Devi, the mother of the 2012 Delhi gang-rape victim, should forgive her daughter’s rapists.

She also called out Deepika Padukone, when the Chappaak actress had asked a TikTok influencer to create her acid attack survivor look from the film. She said she wants Padukone to apologise for being insensitive. She said her sister Rangoli Chandel, an acid attack survivor, was hurt by the video. 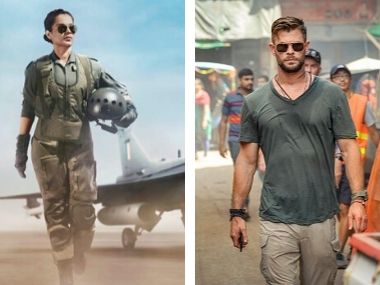