Yash Raj Films' upcoming action flick War has been cleared by the Central Board of Film Certification with a U/A certificate. The film, starring Hrithik Roshan, Vaani Kapoor, and Tiger Shroff in the lead, now has an approved runtime of 2 hours, 33 minutes and 56 seconds.

Hrithik Roshan and Tiger Shroff in a War poster. Image from Twitter

According to Bollywood Hungama, the film will open for advance booking on 27 September, four days ahead of its release on 2 October. The film will clash with Chiranjeevi's multilingual period drama Sye Raa Narasimha Reddy, and Joquin Phoenix-starrer DC film Joker.

The film promises to showcase Hrithik and Tiger performing daredevil stunts during action sequences. In one of such action scenes, Hrithik will be seen jumping off a bridge in Porto, Portugal. He will reportedly free fall from a height of 300 feet.

Speaking about the scene, director Siddharth Anand tells DNA, "Hrithik’s commitment to pushing his body and his intent to push the envelope of action cinema in the country makes him the most loved action superstar. In War, he has outdone himself and taken incredible risks to give audiences a visual spectacle that they have never seen before. We were shooting a high-octane chase sequence in Porto that required Hrithik to jump off a bridge, and he instantly committed to the action design. He is an actor who always wants to give audiences something new to see. It’s always a pleasure to work with him because he pushes you to do better.”

Hrithik acknowledged he was pushed to be in his best shape for the film, and this happened because of his co-star Tiger. In an interview to a publication, Hrithik earlier said, "The idea of Tiger standing in front of me was something that could drive me to develop that passion again, to get to my best shape, ever. I wanted somebody who was better than me so that I would do, and be at my best."

The actors have rigorously started promoting their film. Hrithik and Vaani recently shook legs with comedian Kapil Sharma in The Kapil Sharma Show, while Tiger crooned a romantic number for a fan in the same show. 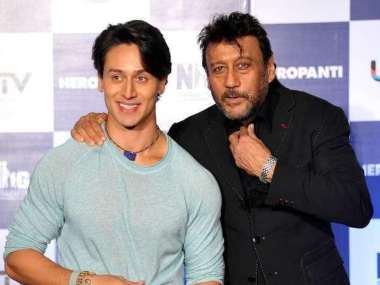 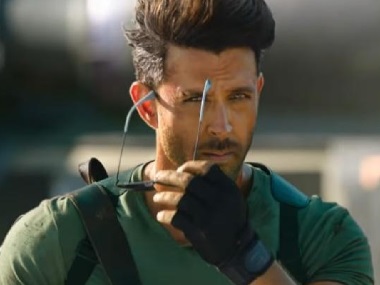