Nawazuddin Siddiqui is the latest actor to join the star-studded cast of Housefull 4. According to Mirror, Siddiqui will make a cameo appearance in a special song, which will showcase 500 back dancers and the lead cast of the film — Akshay Kumar, Kriti Sanon, Bobby Deol, Pooja Hegde, Riteish Deshmukh, Kriti Sanon and Kriti Kharbanda.

Nawazuddin Siddiqui (left) will reportedly play an exorcist in Housefull 4. Images from Twitter

The song will reportedly feature Siddiqui as a sage living in his den with over 300 disciples. The song will be shot at the end of may, the report adds. His role as an exorcist will be pivotal to the plot.

A huge set is being constructed in Mumbai's Filmcity studio for the song which will be choreographed by Ganesh Acharya. It will be shot over a span of five days, states the same report.

This marks Siddiqui's reunion with director Farhad Samji five years after the former played a key role in Kick, also starring Salman Khan and Jacqueline Fernandez, in which Samji was a writer.

Housefull 4 revolves around the theme of reincarnation and follows a non-linear narrative. It was shot around London, Rajasthan as well as Mumbai, where a lavish set was built for the finale. The team wrapped up the shooting in November last year.

Produced by Sajid Nadiadwala under the banner Nadiadwala Grandson Entertainment, in association with Fox Star India, Housefull 4 is slated to release on Diwali, and clash with Taapsee Pannu and Bhumi Pednekar-starrer Saand Ki Aankh. 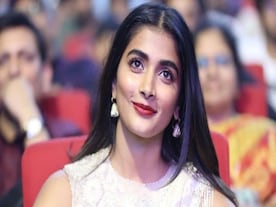