The 65th Filmfare Awards, scheduled to take place on Saturday saw a flurry of film personalities grace the stage with their presence at the Sarusajai Stadium in Guwahati.

Karan Johar and Vicky Kaushal were the hosts of the ceremony.

From Zoya Akhtar's Gully Boy leading the nominations this year, to Mard Ko Dard Nahi Hota gaining a spot in Best Film (Critics Choice), this year brought in a varied array of features.

Gully Boy took home 13 wins with Singh and Alia Bhatt winning Best Actor and Actress. According to Hindustan Times, the music drama has beat the record of Sanjay Leela Bhansali's Black which won 11 accolades in 2006.

Here are the winners from each category

Best Actor in a Leading role 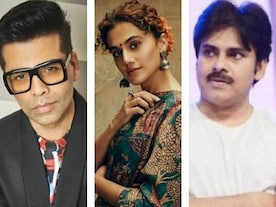