Deepika Padukone, on Monday, took to social media to announce her next feature, an official adaptation of Nancy Meyers' The Intern. AZURE Entertainment and Warner Bros India are jointly producing the project along with Deepika's Ka Productions. It will also feature Rishi Kapoor in the lead role.

While other details of cast and crew are kept under wraps, Deepika's announcement post reveals that the film is slated to release in 2021.

Deepika tells Press Trust of India, "The Intern is an intimate, relationship-driven film, set in and around the workplace; a story that I believe is very relevant to the present-day social and cultural environment. I have been looking for a light, breezy comedy-drama and this story fits in seamlessly. I cannot wait to begin this journey."

The original film starred Robert De Niro, Anne Hathaway and Rene Russo in lead roles. Popular among the masses, the slice-of life drama features De Niro as a seventy-year-old widower, who realises that he is not cut out for retirement. He then applies to become a senior intern for a sceptical boss at an online fashion site. The founder of the company is Jules Ostin (Anne Hathaway), a tireless, driven, demanding, dynamic workaholic. Whittaker's charm, wisdom and sense of humor help him develop a special bond with Jules and rest of the employees at work.

Meanwhile, Deepika was recently seen in Meghna Gulzar's Chhapaak along with Vikrant Massey. The film is based on the life of acid attack survivor and activist Laxmi Agarwal.

The actor will be next feature in Kabir Khan's sports drama 83. She will play Romi Bhatia, Kapil Dev's wife in Kabir Khan's upcoming film. This will be her first project alongside Ranveer Singh, who plays the Indian cricket team's former skipper in the film, after her marriage with the actor in November 2018. 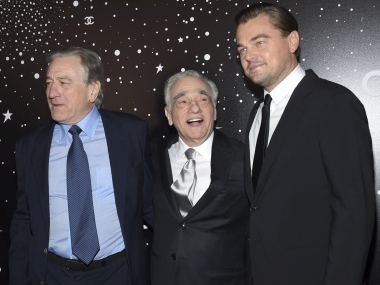