While Marvel is busy churning out one superhero movies one after another, DC seems to be catching up with the pace with its upcoming set of superhero films. After facing a critical and commercial disappointment with 2017's Justice League, DC is all set to create waves with its upcoming film Aquaman, starring Jason Mamoa.

The first teaser poster of the film was released on Monday and has piqued the interest of many cinephiles and superhero nerds.

Here’s the teaser one-sheet poster for #Aquaman!! In theaters December 21. Watch the first trailer this Saturday. “Home is Calling” pic.twitter.com/dpDNL9xkr4

The poster features Mamoa as the half-human and half-Atantean demigod Arthur Curry, better known as the Aquaman. He is seen perched on a rock with his trident and leading an army of marine creatures that include different species of sharks, whales and turtles among others.

Directed by James Wan, of The Conjuring and Saw-fame, this standalone Aquaman flick will be set in the aftermath of 2017's Justice League. It will see Curry figuring out a way to bring peace into both the worlds — humans above the surface as well as his home and people under the water, who are just inches away from waging a war with humans.

Sometime during May 2017, producer Charles Roven had said, "Aquaman will make reference (to Justice League). There will be some reference of something that preceded Aquaman that will be in Aquaman. I believe that is the intention."

Aquaman made his first appearance in DC cinematic universe with Justice League. While the film was a dud, Mamoa received praises for his screen presence. Mamoa rose to worldwide stardom with his performance as the Dothraki leader Khal Drogo in HBO's fantasy drama Game of Thrones. 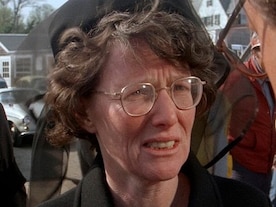