Justice League: DC's identity lost after crude application of Marvel formula, but the story will survive

Justice League, a film that has been critically examined two-and-a-half times on this site alone (here, here and here), hit cinemas last Friday. And somewhat unsurprisingly, the silver screen union of a handful of DC's biggest hitters ran into very diverse and divisive opinions. In fact, it's hard to recall a film that has been quite so polarising (and one that isn't Batman vs Superman: Dawn of Justice). At the end of the day, what may have been missed in this furious back and forth of opinion is a flawed yet entertaining film.

Seeing as this isn't a review, let's not go down this road. Instead, it would be more worthwhile to look at where Justice League leaves the DC Extended Universe, or DCEU for short.

A case of lost, or worse, missing identity

For starters and before we can pinpoint where we are, its critical to pin down the identity of the DCEU and its constituents.

The popular argument against DC characters when compared to their Marvel counterparts, is that the former are 'overpowered'. A cursory glance at Superman, Wonder Woman, Aquaman, Green Lantern and Supergirl is sufficient to explain that point. Certainly, there are the Green Arrows, Robins and Catwomen of the universe, but how often have you seen these occupy the marquee billing? Similarly, DC is also home to such fantastic other characters as Rorschach, Nite Owl and Doctor Manhattan in Watchmen and the titular V from V for Vendetta. But you won't see any of these in the Justice League.

Consider an analogy: It's only possible to watch the misadventures of Tom and Jerry to a certain point until you find yourself cheering for Tom to finally get his grubby little paws on Jerry and wring his little neck. Similarly, you can only take so much of Superman winning every battle with ease before you find yourself screaming for someone smack the taste out of his smug mouth and that cowlick off his forehead.

In 2009, Joss Whedon — who in a bizarre twist of fate, found himself as one of the screenwriters on Justice League — had the following to say, "With that one big exception (Batman), DC's heroes are from a different era. They're from the era when they were creating gods... The thing that made Marvel Comics extraordinary was that they created people." To stay on this a little while longer, let's have it from the horse's mouth:

And so, it was always going to be tricky to bring this galaxy of superheroes to the silver screen before an audience that thrived on grey characters, anti-heroes, deeply troubled individuals and all sorts of existential crises. Where on earth (or Krypton, for that matter) could you fit a story about 'gods' into the diet of this sort of consumer base? It turns out there was space and BvS:DoJ found it with its darker tones, most notably with the character of Batman.

Bruce Wayne and his alter-ego have enjoyed a charmed silver screen existence right since the time of Adam West and his playful BAM!-ZAP!-ZORK!-fuelled adventures, past Michael Keaton's brooding portrayal, Val Kilmer's grumpy turn and Christian Bale's principled martyr in the role. (Note: In my universe, George Clooney was never Batman, and the film Batman and Robin never existed). All that was about to change in 2016, when an aging, jaded and no-longer-quite-so-principled Bruce Wayne pulled on that cowl to get the job done. It's safe to say Ben Affleck's Batman gave the 'World's Greatest Detective' a much-needed makeover. He took a beating, he used guns and he wasn't afraid to use any means necessary to get the job done. For the sake of argument, try to imagine West's Batman burning the shape of a bat into a perp's chest with a branding iron. Can't do it, can you?

The new Batman set the tone for the rest of BvS:DoJ to become one of the darkest superhero blockbusters in recent times and it was hoped that this theme would carry forward into Justice League. After all, this was a niche of its own that the DCEU could occupy and tell an engaging new take on a familiar tale. Cinematically, this was uncharted territory and a new identity.

Unfortunately, that new identity was lost in a hailstorm of negative reviews. As a review in Wired aptly puts it, "... Justice League looks like what you get when you take all of those opinions and criticisms and try to synthesise them into one movie, a single film trying to please all of the people some of the time."

Taking consumer opinion on board is all well and good if you're in the manufacturing industry and developing a product, but cinema is meant to be art, right? Beyond the very cookie-cutter character introductions, development of motivations and intra-League conflicts, this need to meet consumer opinion goes some way in explaining why Bats, Aquaman, Wonder Woman, Flash, Cyborg and even ol' resurrected Superman sound like rejects from the MCU. Marvel humour appears to be the cinematic equivalent of bezel-less smartphone displays — apparently everyone's just got to have it.

In fact, the formula is so apparently replicable that the makers of Justice League didn't even bother to change some of the jokes: Wayne's claim that his power was his wealth and Aquaman listing each League members' powers. Swap Wayne out for Tony Stark and Aquaman out for Thor and you've seen all this before in Marvel's Avengers.

The problem with 'giggle-when-you-first-hear-it-and-cringe-every-time-thereafter' phrases like the ones liberally spewed by Tony Stark is that they quickly get on your nerves, and some of the jokes with which Justice League is replete go a great distance in stripping away the dark tones of BvS:DoJ. To its credit, Justice League does expose Batman's all-too-human frailties and sees him take beatdown after beatdown, but gone is his jaded brutality and in its place emerges an all too MCU-esque persona.

So, after that lengthy digression, just where are we in the DCEU?

Dark tunnel at the end of all this brightness?

Since we're on the topic of all things divisive, it's worth pointing out that there are fewer more divisive phrases around cinema these days than "nicely sets up a sequel". These five words are either music to your ears if you happen to be a studio exec or whatever-the-opposite-of-music-is to your ears if you're a film aficionado coming to terms with the fact that you have to wait months or even years to know what happens next.

But is it going to be worth the wait just to watch The Alt-Avengers starring surfer-dude Aquaman as a Thor knockoff, righteous Wonder Woman as some sort of Captain America and Batman as Iron Man?

At least in this publicity still, they thankfully don't look like Marvel knockoffs

There's good reason to believe it's going to be worth the wait and it's not going to be the above-mentioned doomsday scenario. Well, two good reasons to be precise.

The first is the inevitable director's cut of the film that is likely to be out before the sequel. It may be recalled that director Zach Snyder was forced to take some time off owing to a bereavement in the family. It was then that Whedon came in with some screenplay changes and a host of reshoots followed. Plus, it's been rumoured that the makers of the film were under strict instructions from Warner Bros to keep the film's runtime down to two hours or less.

The second reason I believe Justice League simply laid the second layer of foundation for what is going to be an immensely entertaining franchise is the post-credits scene — not to be confused with the far-too-Marvel-esque mid-credits scene. To recap: Lex Luthor's escaped from Arkham and is maxing and relaxing on a boat when Deathstroke comes to meet him and they propose to set up a group to counter the Justice League. Thankfully, this isn't a reference to the godawful Suicide Squad, but an allusion to the Injustice League from the comic books. With standalone Aquaman, Supergirl and Batman films on the way, members of the Injustice League are likely to become clearer over the years to come.

Steppenwolf — lieutenant of eventual big bad Darkseid — was arguably a weak villain, but his presence in Justice League was required to push the overall story forward. However, with the Injustice League apparently entering the fray, the DCEU has the opportunity to leave the Marvelisation of Justice League behind. Aside from Captain America: Civil War — which to be fair saw friends battle friends, rather than friends battling foes, the MCU does not as-yet have a template on team versus team conflict and this is where there the DCEU has the freedom to pursue its own path. But will it have the will to do so? We'll soon find out.

Aside from the mouthwatering proposition of seeing these two forces collide, this is where the DCEU could look to the way team versus team adventures are handled by another Marvel property: Fox's X-Men series. With the exception of the weak third editions of both X-Men trilogies (The Last Stand and Apocalypse) where the threat came from an other-worldly being, the rest of the films have perfectly captured the team versus team conflict dynamic and the brains behind the DCEU would do well to seek inspiration from their handling of Professor Xavier, Magneto and the rest.

Should they successfully do so, you can prepare to bid your fond farewells to cheesy catchphrases, cookie-cutter character development and worst of all, bright sunny themes and tones in the DC Extended Universe. 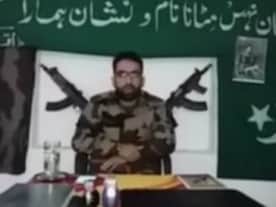 The changing theatre of insurgency: Riyaz Naikoo's death and beyond