The much awaited Aquaman is slated for its initial release on 21 December, 2018. There has been a lot of speculation around which era Aquaman will be placed in and there is finally some clarity. 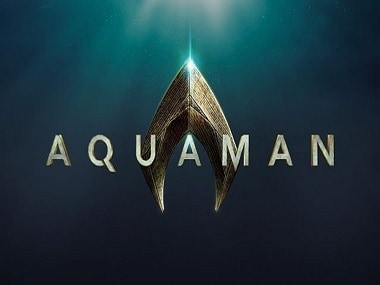 In an interview with Cinemablend, Charles Roven (the producer of Aquaman) revealed that the movie will be set in the aftermath of Zack Snyder's Justice League (set to release on 16 November, 2017). Roven told Cinemablend, "Aquaman will make reference [to Justice League]. There will be some reference of something that preceded Aquaman that will be in Aquaman. I believe that is the intention." Aquaman takes place in a world where Man of Steel and Justice League already exist.

Justice League will leave a lot of scope for the past and the future of the DC Comics world to be explored. With Wonder Woman being set during World War I, (decades before the formation of the Justice League), fans were waiting with bated breath to see which universe their favourite underwater superhero was going to reside in.

Roven revealed that Aquaman's director James Wan 'definitely knows' where he is going with Aquaman.

It is speculated that much like Man of Steel, Aquaman too will use a contemporary story of Arthur Curry, generously peppered with flashbacks to fill in the blanks of the superhero's existence and back story. For non-comic book readers, it is essential for Aquaman's history to be delved into as most details of his life's intricacies are hazy — at best, unlike superheroes like Batman, Superman and Spider-Man whose stories the audiences are deeply familiar with.

Aquaman has been an icon with comic and DC lovers for over 75 years now and he is best known as the ruler of the underwater kingdom of Atlantis. A superhero that is committed to protecting and being the saviour of not just the sea, but the land too.

The movie is currently being shot across the Gold Coast of Queensland in Australia. Other locations for the shoot are said to be Tunisia, Sicily and Newfoundland. Zack Snyder's Justice League cut to release on HBO Max; director thanks fans for making the 'movement a reality'