Today, in the latest culture war from the deepest bowels and darkest corners of the Internet, more self-styled incels, sexist trolls and other angry white men join the rebellion to boycott Captain Marvel. Their coordinated onslaught of fake reviews for Marvel Studios' first female-led superhero adventure had seen the film's "Want to See" rating on Rotten Tomatoes drop to 47%, making it the lowest-scoring film in MCU history. That's worse than 2008’s The (Not So) Incredible Hulk, which holds a score of 70%! They used a similar guerrilla tactic against Star Wars: Episode IX, a film that doesn't come out for nine more months — and doesn't even have a trailer or title yet.

These efforts, however, suffered a massive blow when the review aggregator removed the score from its audience rating system. How inconsiderate of Rotten Tomatoes, expecting audiences to watch the films before reviewing them!

But these tech-savvy, directionless teens and adults — drawn together by their frustrations and sense of entitlement — remain united in their war against the 'Stacys', 'Beckys' and other 'femoids'. Bolstered by the words of former actor (and now nobody) James Woods, they have called for a boycott of Captain Marvel, encouraging fans to go see Robert Rodriguez's cyberpunk action film, Alita: Battle Angel, instead.

Further aggravating their already fragile egos is the Captain Marvel star Brie Larson. The Oscar-winning actress hopes to use her celebrity status and the global popularity of Marvel's movies as a platform to push for social change and make the industry a more diverse, inclusive space. She believes that representation in who's writing about the movies is just as important as the representation in who's making them. Sounds reasonable, doesn't it? 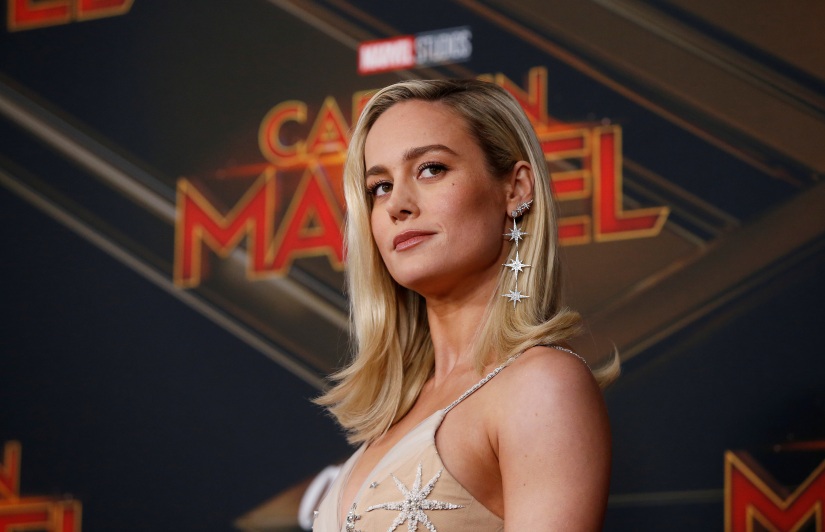 Not to the misogynist trolls who demonise socially conscious women as "SJWs" and "feminazis". Not to the comic book fans who think the "good old days" were when Captain Marvel wore impractical, skimpy outfits, rather than the red and blue jumpsuit she currently sports. And certainly not to the forces of patriarchy, who prefer their women confined to the kitchen, rather than be politically vocal and/or challenging their masculinity.

So, they continue to downvote, spam and abuse in their ceaseless crusade of one-upmanship. Captain Marvel is hardly the first Marvel film to face the wrath of angry white fanboys. Last year, trolls launched a concerted attack on Black Panther by creating a Facebook group called, "Down with Disney's Treatment of Franchises and its Fanboys", leveraging DC fans to sabotage the Ryan Coogler film with negative reviews. They even alleged that Disney somehow pays off nearly every critic from every major publication to trash DCEU movies. But the real reason behind their anger was because the cast didn't look like they were all picked from a MAGA rally.

They had waged similar attacks against Star Wars: The Force Awakens, The Last Jedi, and the Ghostbusters all-female reboot. The Star Wars sequel trilogy had killed off two of the franchise's most beloved characters — Han Solo and Luke Skywalker. While this sure upset many of them, what made these toxic fans really angry was a pea-brained, hackneyed conspiracy theory that studios were pushing some sinister multicultural agenda down their throats.

Gender-flipping the Ghostbusters down to the dim-witted eyecandy receptionist (played by Chris Hemsworth) also provoked the ire of thousands of maladjusted fanboys, who launched a campaign to downvote the film's trailer into the most disliked video in YouTube history. Apparently having strong women and people of colour in leading roles is somehow a blasphemous threat to the hallowed legacy of their favourite franchises. It supposedly threatens their identification and emotional relationship with their childhood-defining movies. And how dare these studios make movies that shift attention away from — and aren't exclusively for — white fanboys!

So, they go online to express their unpleasant opinions and spewing their hatred towards the actors and the filmmakers. Ghostbusters star Leslie Jones and Star Wars' Daisy Ridley and Kelly Marie Tran were hounded off social media by these hateful trolls. These are fans who don't understand the difference between engaging in a civil, thoughtful debate — about a movie they didn't particularly enjoy — and online harassment.

A large section of these fans, who are essentially overzealous manbabies, have come to define these movies' fandoms. It's honestly cringeworthy to think we share the same interests as them. But there's a world outside the Internet — devoid of its vitriol — where fans treat each other with appreciation and respect.

It's this loyal fanbase that turned Star Wars: The Force Awakens, The Last Jedi and Black Panther into billion-dollar blockbusters. The Force Awakens was the third highest-grossing film of all time, behind Avatar and Titanic. The Last Jedi was 2017’s biggest film and Black Panther became the highest-grossing superhero film at the US box office, surpassing even Avengers: Infinity War. While Ghostbusters wasn’t exactly a top box office earner, its worldwide gross was still a lot higher than its production budget. The toxic fandom had an ultimately inconsequential impact on these films’ success. And all these movies were officially certified fresh on Rotten Tomatoes. Just like Captain Marvel, which is already on track for superheroic box office numbers.

For cinema (and art) to imitate life, diversity and representation are vital. When cinema places a mirror in front of society, you don't just see angry white men with tiki-torches. There's room for everyone, regardless of race, gender, nationality or sexuality. After years of under-representation of women and PoC, studios are finally giving them agency to lead their own films and franchises and thus, expand our own worldview.

Finally, you don't have to be a white man to be a Jedi Knight, strap on a proton pack or take on Thanos. And most of us are more than pleased with our beloved franchises becoming more progressive and inclusive.

Never mind the trolls and the toxic fanboys. When they go lower, louder, meaner, we go higher, further, faster! Just like Captain Marvel.