He came, he saw, and he conquered.

Ever since Jackie Chan flew down to India for his whirlwind daylong tour, there's been a ton of paparazzi scrutiny following his every move.

Chan, who was in Mumbai to promote his upcoming action-comedy caper Kung Fu Yoga — which features Indian actors Sonu Sood, Disha Patanai and Amyra Dastur, and has certain sections set in India — had a packed schedule in store.

After a traditional welcome on landing in Mumbai (check out pics), Chan had scheduled press interactions, a dinner with select guests from the film industry, a private meeting with Salman Khan (read all the details of that meeting here) and if that weren't enough — an appearance on The Kapil Sharma Show.

And Chan more than showcased his whacky sense of humour on comedian Kapil Sharma's admittedly crazy enterprise — proving that language was no barrier when it comes to a good laugh. On display was his budding 'bromance' with co-star Sonu Sood. Chan and Sood cycled onto the sets together, a new age Jai and Veeru; then held hands and danced together. But Chan wasn't short of dancing partners — apart from Sood, he also shook a leg with Raveena Tandon, and his Kung Fu Yoga actresses Disha and Amyra. Then, he indulged in a fair share of antics with Pail's cast members, including Ali Asgar.

We can't wait for the episode to air to find out if they actually had as much fun as these photos seem to indicate. 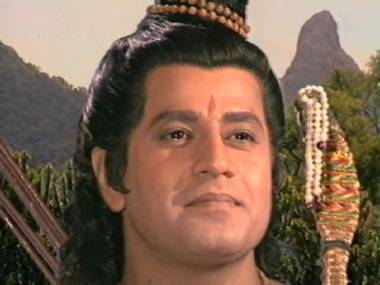