Geneva: Deploring the mass execution of 47 people by Saudi Arabia including a well-known Shia cleric who had not committed any crime viewed as "most serious" under international humanitarian law, the UN rights chief has called on the kingdom to impose a moratorium on all executions.

"Under international human rights law, the death penalty may only be imposed, in countries that still have this form of punishment, if a strict set of substantive and procedural requirements are met," UN High Commissioner for Human Rights Zeid Ra'ad Al Hussein said.

"The category of 'most serious crimes' for which the death penalty is still permissible, has been consistently interpreted by human rights mechanisms as being restricted to murder and other forms of intentional killing," he added.

"Convictions cannot be based on confessions obtained under torture and ill-treatment, or trial proceedings that fall short of international standards," the High Commissioner said. 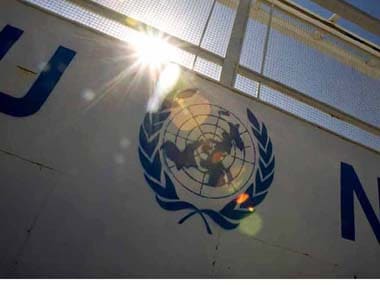 The UN rights chief also said that convictions for applying the death penalty that fall short of international standards are "unconscionable" because "any miscarriage of justice as a result of capital punishment cannot be undone".

Sunni-dominated Saudi Arabia announced on Saturday that it has executed 47 people in a single day on terrorism-related charges, including the Shia cleric Sheikh Nimr al-Nimr who was a vocal critic of the government and the Saudi monarchy.

The execution has provoked a huge backlash among the Shia community across the world and threatens to deepen the serious sectarian conflict in the Middle East.

Sheikh Nimr al-Nimr was a symbolic leader of Shia protesters during the Arab Spring uprisings in many parts of the Persian Gulf.

Iranian protesters have ransacked and set fire to the Saudi embassy in Tehran in protest.

Shia-dominated Iran has said that rival Saudi Arabia is going to pay a "high price" for the executions.

There has been a huge upsurge in executions in Saudi Arabia in 2015 with at least 157 people put to death as compared to 90 people who were executed in 2014.

"Now we see almost one-third of the 2015 total executed in a single day," Zeid said.

"That is a very disturbing development indeed, particularly as some of those sentenced to death were accused of non-violent crimes," he added.

He urged the government of Saudi Arabia to impose a moratorium on all executions and "to work with the UN and other partners on alternative strategies to combat terrorism".

The UN General Assembly has repeatedly passed a number of resolutions calling on member states who retain the death penalty to establish a moratorium on executions with a view to abolishing the death penalty altogether.