Sharif was imprisoned for 10 years in July in a case regarding illegal properties in London. 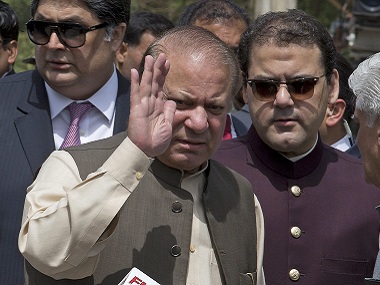 Four separate petitions were heard by the Election Commission of Pakistan (ECP) asking removal of 'N' from the name of Pakistan Muslim League as the letter stands for Nawaz – now a convicted person.

The ECP had reserved its judgment this week at conclusion of arguments by lawyers of respective petitioners.

In the verdict, the ECP rejected the petitions and allowed the PML-N to continue using the name of the incarcerated former prime minister.

It is a small victory of Sharif's party which lost the recent elections to Pakistan Tehreek-i-Insaf (PTI) of Prime Minister Imran Khan who mainly campaigned on the issue of corruption.

Earlier, Sharif was removed as party president, following his disqualification as premier by the Supreme Court in July last year.