Will 2019 be the hottest year on record? It all boils down to an El Niño matter

For India, if it ends up being a full-blown El Niño year, 2019 could mean another year of drought.

Each year now begins with a 'guesstimate' about where it may end up on the list of warmest years on instrumental record.

Of late, these figures have taken on special urgency since the top four warmest years on the list have all taken place over the last four years. But before we start to panic and sweat ourselves silly, there's a lot of events that have contributed to these records.

The world witnessed the biggest El Niño event of the 21st century in 2016, which made it the warmest year, followed by the years 2015 and 2017 at second and third place.

El Niño is an unusual phenomenon in the ocean and atmosphere in the Pacific ocean with important consequences for weather around the globe. 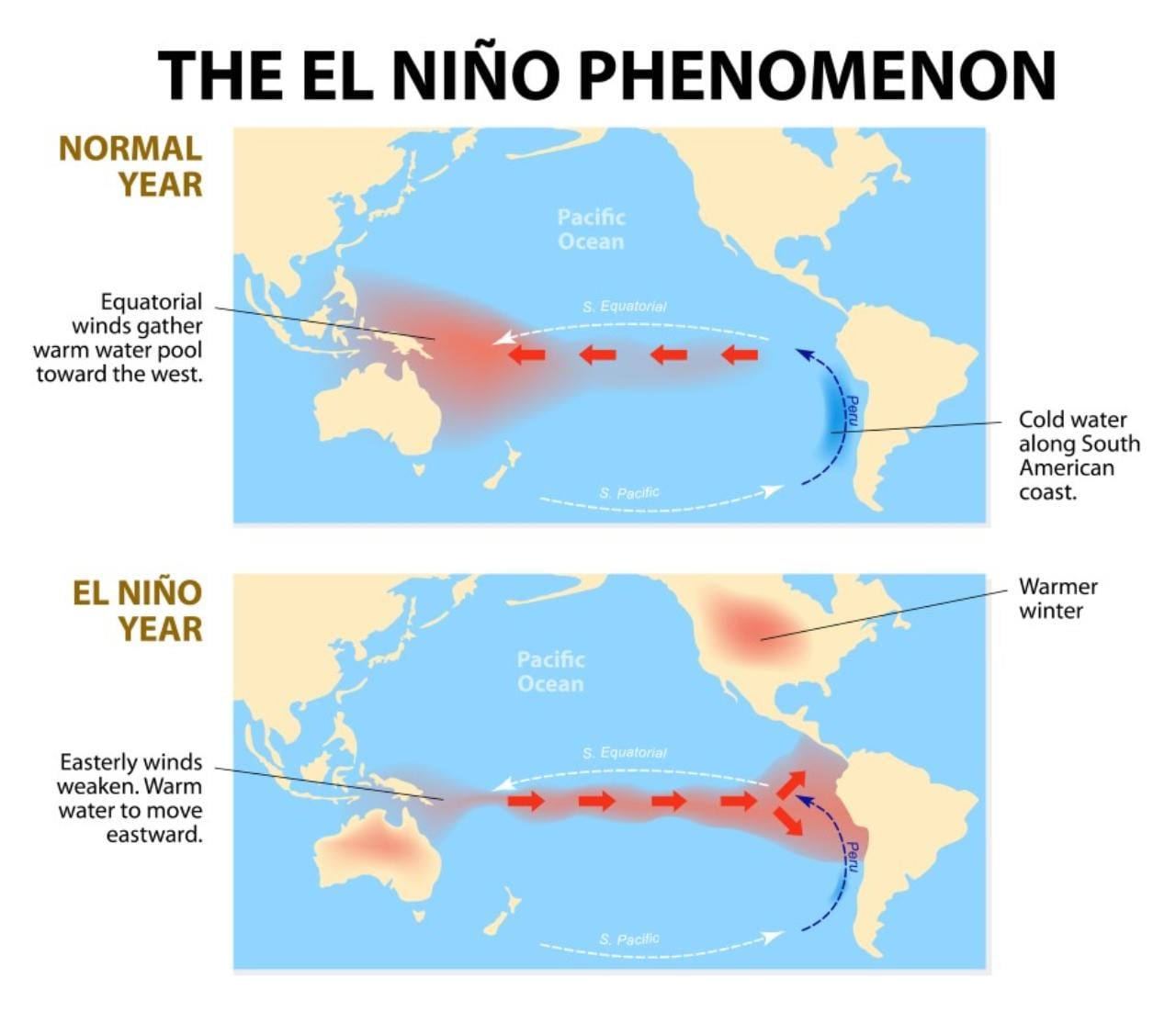 What happens in the Pacific Ocean and atmosphere during normal and El Niño years.

During 'normal' (non-El Niño) years, the Pacific Ocean accumulates heat continuously. In the next El Niño event, this heat is redistributed away from the western tropical region to the rest of the Pacific Ocean (eastwards). What happens as a result is a mini-global warming episode, as the ocean belches out pent-up heat from the last El Niño year. El Niños are natural events of climate variability, and so are the mini-global warming events they cause.

When the final numbers are punched in, all indicators so far hint that 2018 will be right there at fourth place among the warmest years on record. It is, however, important to remember that whether 2019 joins this list of most-(un)wanted temperature scenarios depends on whether predicted El Niño event in 2019 materializes or doesn't. That's a big if.

El Niño forecasts have not lived up to their potential skill over the past few years. The years 2012, 2014 and 2018 were technically forecasted to be El Niño years, and while 2014 and 2018 could have just about passed for El Niño’s by some definitions, the predictions have evidently been...you guessed it – 'guesstimates'.

Some of the expected 'teleconnections' – anomalies in climate like winter storms and rains/snowfalls over southwest America that are linked to an El Niño event – have not always panned out like they were expected to. The equivalents for Indian monsoons, however, manifested as droughts in each of these years, i.e., 2012, 2014 and 2018 – as expected.

Considering Indian monsoons peak in summer months, while El Niño peaks six months later in the winter months, we can't help but wonder: who leads this dance between the monsoon and El Niño?

Currently, levels of CO2 in the atmosphere are just a shade under 410 ppm, and carbon inventories for 2018 show that emissions are up in all countries except Europe which remained flat.

So, even if 2019 does not top the list of warmest years on record, it will have something to contribute to how we forecast one of the key events influencing climate, El Niño events.

The mini-global warming caused by El Niño adds to the ongoing to manmade global warming. For example, 2016 was the warmest year because of the strong El Niño. Relatively less warm years than 2016 occurred during 2015, 2017 and 2018. Whether 2019 will top the list of warmest years thus depends entirely on whether the El Niño forecasts come true or not.

El Niño forecasting is fairly reliable, but still an imperfect art. A success rate of 80 percent in forecasting any weather phenomenon in the world is remarkably reliable. Forecasting El Niños in the past two decades have seen such high levels of skill and reliability.

The system is prone to both errors and bad luck 20 percent of the time, though. These errors could just as easily come up multiple years in close succession as they did in 2012, 2014 and 2018.

The takeaway from failed forecasts in the past is that it is too early in the year to be sure that the warming in the eastern tropical Pacific Ocean (around the Galapagos) will survive till winter months of 2019 and into 2020.

That said, if El Niño plays peek-a-boo again, 2019 may not turn out to be the warmest year after all.

For India, if 2019 ends up seeing a full-blown El Niño, it could mean another dry year. Worse, it could be the second back-to-back drought-year this decade. The last such consecutive drought in 2014-15 is one of only 3 such instances in the last 100 years.

Whether El Niño does or doesn't show up, and whether 2019 will be the warmest year on record or not, India needs to be alert and on guard to protect its farmers and set in motion plans to manage water, food and energy securities to prepare for either outcome.