Despite being the third-richest country in the world, the UAE’s scientific and engineering community is still small.

Editor's Note: This article has been re-published on 20 July 2020 as the UAE's Hope Probe was launched successfully.

A new Mars-bound spacecraft will launch from Japan this week. While several Mars missions are planned to launch over the next month, what makes this different is who’s launching it: the United Arab Emirates.

Though new to space exploration, the UAE has set high goals for the probe, named Hope. The mission aims to further study the climate of Mars, but Omran Sharaf, mission lead, also says, “It’s a means for a bigger goal: to expedite the development in our educational sector, academic sector.” 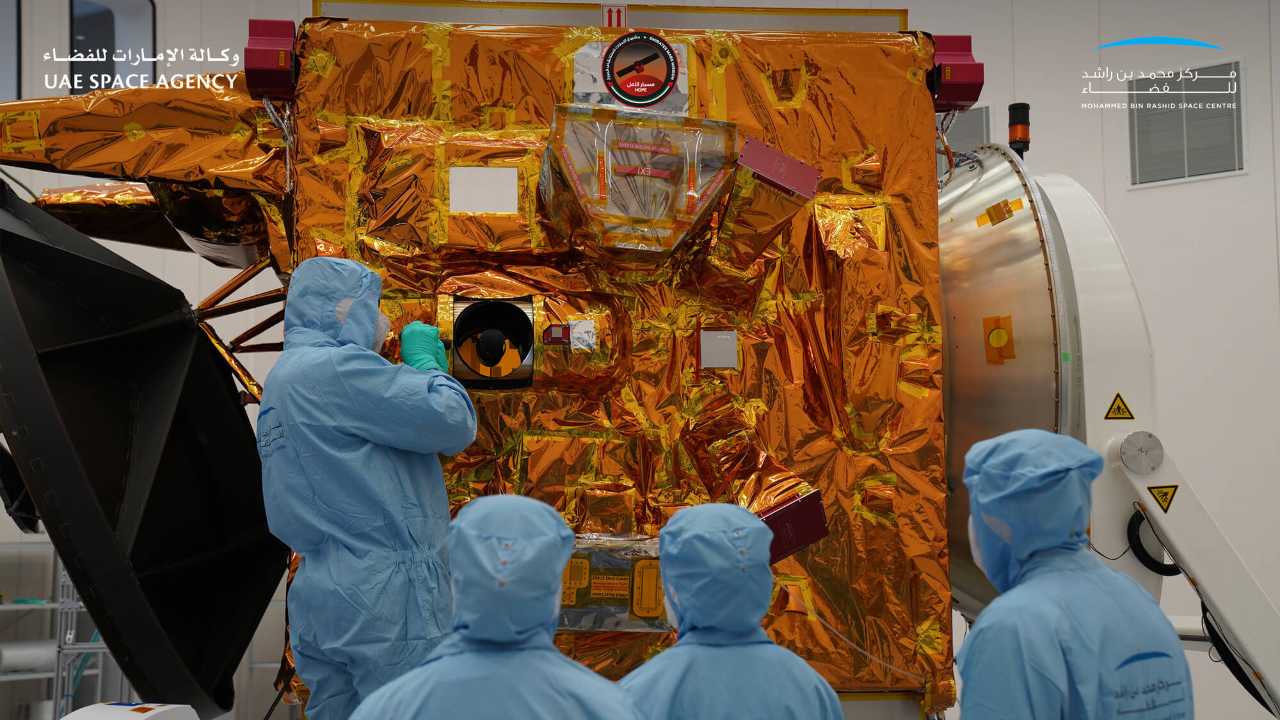 With space exploration usually pursued by actors like the United States, Russia, China, the European Space Agency and more recently, India, Hope will be the first mission to the red planet from a Middle Eastern country. As a space policy expert, I believe Hope is also significant in two other ways: It shows how international collaboration, through which Hope was designed and built, enables a new generation of space exploration and demonstrates the expansion of this sector can further economic development.

While tense relations in space between major countries seem to dominate the headlines, the UAE’s mission shows how cooperation is just as important. Despite being the third-richest country in the world, the UAE’s scientific and engineering community is still small. As such, the Emiratis turned to other experts for help. To build Hope and its scientific instrumentation, the UAE worked with the University of Colorado Boulder and then sent it to Japan to be launched on a Japanese H-2A rocket.

International cooperation in space is not new. Typically, such collaboration is used by states to either advance the interest of a particular state – usually, the U.S. or Russia – or to reduce the costs of space exploration. For example, early in the space race, the United States assisted European countries with launching satellites to demonstrate the power of the U.S. in space. The International Space Station, on the other hand, has been a work in progress since the mid-1990s. It was built through a partnership established to reduce the costs of building and operating such a large project in low Earth orbit. While international prestige plays a role for Hope (its arrival at Mars is timed to the UAE’s 50th anniversary), the cooperation involved is different. Instead of relying on countries for direct assistance, the UAE contracted with an American university and a commercial Japanese launcher. By doing so, they have taken advantage of significant changes in the accessibility and affordability of space technology to produce a fairly low-cost mission. For just US$200 million in costs, they believe Hope will stimulate and grow their economic base.

Though resource-rich, the UAE remains an economically fragile state. They have historically produced a few PhD‘s in the basic sciences and lack a robust knowledge economy. Sharaf, Hope’s mission lead, has frankly acknowledged that the mission “is about the future of the UAE and our survival.” The idea is for Hope to inspire a new generation of Emiratis to pursue an education in STEM fields to diversify and strengthen the country’s economy. This approach seems to be working, with the UAE already seeing a 12 percent annual increase in STEM enrollment for the past several years.

The economic expansion of space exploration

In addition to the UAE and other Middle Eastern countries, African states are also looking to take advantage of space. To date, 11 African countries have launched satellites and Africa’s space economy is currently worth around $7 billion. As a sign of how serious the continent is, the African Union is planning to establish an African space agency that will be headquartered in Egypt. Unlike Hope, whose goal is to indirectly stimulate the Emirati economy, African countries are seeking direct economic impact through the use of satellites. In South Africa, remote imaging satellites are being used to catch illegal fishing off its coast. Ethiopia is using its first Earth-observing satellite to improve weather monitoring in the Horn of Africa. Nigeria has used its three Earth satellites to aid in resource and even electoral mapping.

Given a lack of homegrown capabilities, South Africa, Ethiopia, Nigeria and the UAE have all had to take advantage of international collaboration. This is especially true when it comes to launching the satellites. As such, the use of space exploration to support economic development can only continue through the type of cooperation that led to Hope.

UAE's first Mars orbiter Hope to launch at 2.13 am IST on 17 July: How to catch the action LIVE