The first of SpaceX's satellites in the Starlink network were launched to orbit in February 2018.

The first of SpaceX's Starlink broadband internet satellites took wing to the orbit in February 2018, and they'll soon be joined by dozens more as early as 15 May.

Gwynne Shotwell, SpaceX President and Chief Operating Officer, confirmed the planned launch of its next wave of prototypes with details at the Satellite 2019 conference in Washington, DC this week, according to SpaceNews.

"This next batch of satellites will really be a demonstration set for us to see the deployment scheme and start putting our network together," Shotwell said, according to the report. "We start launching satellites for actual service later this year." Satellite internet promises broader access to a wider range of people than traditional cable-based networks, but latency has been a major issue. A 2013 analysis found satellite systems could reach latency of 638 milliseconds, around 20 times slower than wired. That means that while data could download at a comparable speed to regular connections, the slow response times would make gaming and other reaction-sensitive activities sluggish.

SpaceX's Starlink constellation is a massive planned network of 12,000 internet-providing satellites. So far, SpaceX successfully sought approval for all of them from the American Federal Communications Commission.

The demonstration satellites to be launched 15 May will be "test satellites" that don't have some of the features (inter-satellite links, for one) intended for the final Starlink satellites. They will sport some highly capable antennas and electric propulsion, though, Shotwell said. A few more Starlink satellites launches are on the cards this year, but specific counts and dates for these depend on how this second set of satellites fare. 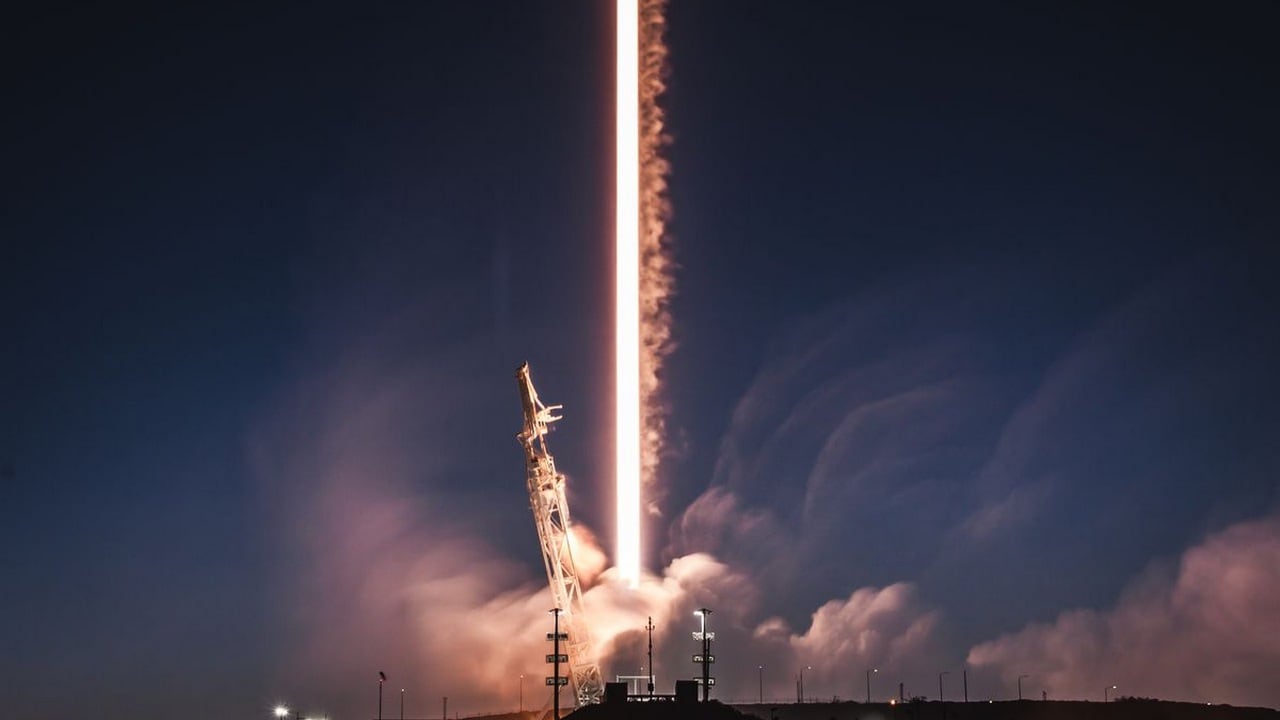 Once up and running, satellite internet can provide access to a much wider range of people than today's fibre- and cable-based networks can. One of the only disadvantages for widespread us is latency: satellite systems have a latency of 638 milliseconds, which is roughly 20 times slower than wired. Data can be downloaded on these high-latency networks at similar speeds to regular connections, but response times for gaming and other reaction-sensitive uses could be disappointing, according to an Ars Technica report.

There are many satellite internet projects competing with SpaceX's Starlink. Satellite internet firm OneWeb and satellite operator Kepler Communications have work underway on their own constellations, and have also filed against Starlink, claiming that it could cause signal interference at the lower elevation and potentially even pose a collision risk. When the FCC approved the project, it found that "the modification proposed by SpaceX does not present significant interference problems and is in the public interest." That's promising.