Observing a star grow is a rare treat for astronomers, having been recorded very few times so far.

With the variety of modern telescopes available, astronomers today can spot stars that are very far off without breaking a sweat. Yet, identifying these stars at different stages of their lives is a whole different ballgame, and continues to prove a challenge.

New research of a recently-discovered star, called Gaia 17bpi, has presented an opportunity in a million for researchers to track the young star as it goes through the motions of stellar ageing. This illustration shows a young star undergoing a kind of growth spurt. Left: Material from the dusty and gas-rich disk (orange) plus hot gas (blue) mildly flows onto the star, creating a hot spot. Middle: The outburst begins - the inner disk is heated, more material flows to the star, and the disk creeps inward. Right: The outburst is in full throttle, with the inner disk merging into the star and gas flowing outward (green). Image credit: Caltech/T Pyle

Gaia 17bpi is young — very young, estimated to be just a few million years old. Stars of Gaia's age are considered newborns in the astronomical sense, but it is also gaining mass rapidly.

At the stage of life that Gaia is in, the star is a tough one to spot through a telescope, since it is covered in massive clouds of celestial dust that eventually help form larger stars.

Using two powerful tools — one built by the European Space Agency (ESA) and another by NASA — scientists could detect, as well as study Gaia 17bpi in detail. The ESA's Gaia satellite is credited with the star's discovery and NASA's NEOWISE satellite pointed at its brightness began to intensify, hinting at its rapid growth. 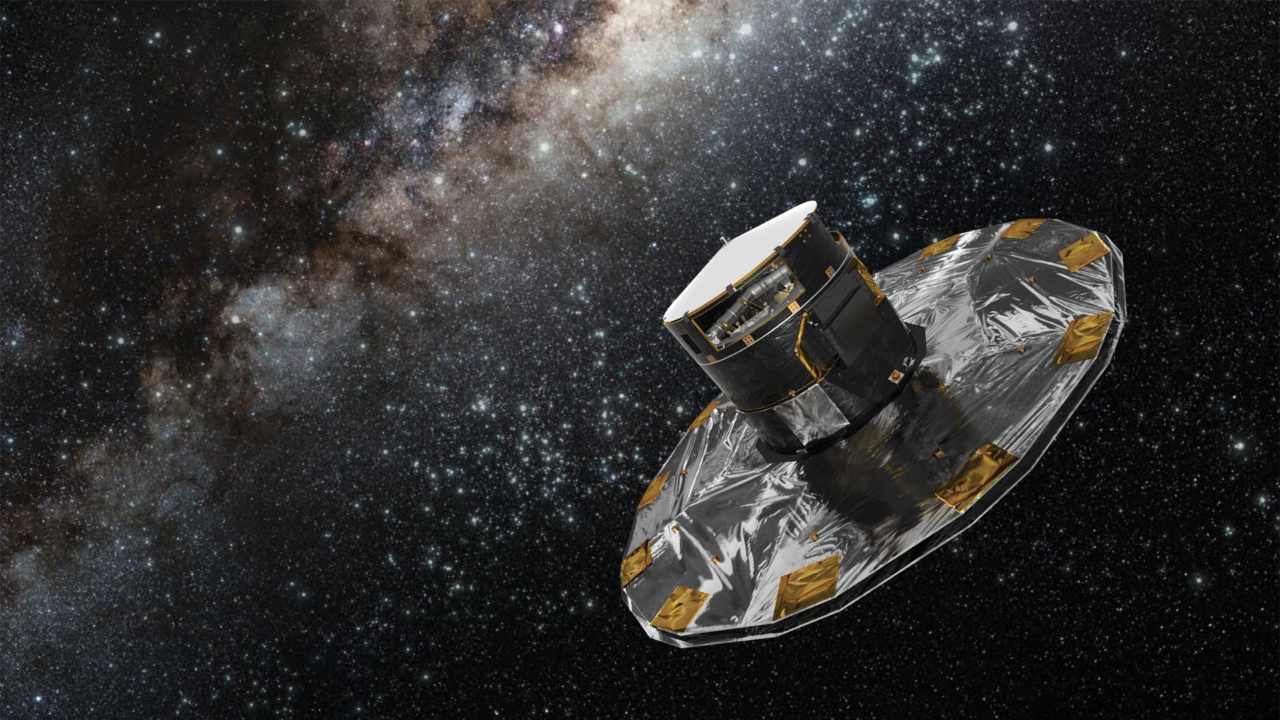 An artist's rendition of the Gaia telescope. Image courtesy: ESA

In what can only be described as incredible luck, NASA also found some archived data from the Spitzer telescope that picked up infrared readings from Gaia 17bpi as it appeared a year ago.

“This is actually the first time we’ve ever seen one of these events as it happens in both optical and infrared light, and these data have let us map the movement of material through the disk and onto the star,” Lynne Hillenbrand, lead author of the new research from CalTech, said in a statement.

Being able to observe a star as it grows is a rare treat for researchers, as only about a dozen such events have ever been recorded, the statement added.