NASA wants to make sure that there's never another day that space isn't occupied by humans.

"In fact...we want lots of humans in space," said the NASA Administrator Jim Bridenstine to Space.com.

Bridenstine said that the space agency set itself back by leaving a gap of eight years without NASA astronauts in space — after the Apollo missions ended and before the Space Shuttle program took off.

"Now we're getting to the point where we're ready to fly commercial crew. We've got a gap of about eight years in our ability to fly crew into space."

With the imminent retirement of the International Space Station, Bridenstine emphasised that NASA will do everything possible to ensure that a gap like the eight lost years for the agency won't happen again.

In his view, NASA should have pursued the Moon a decade ago like it is doing today. The opportunity came in the form of a crucially important discovery made by NASA — that the Moon has hundreds of billions of litres water in the form of frozen ice on its surface.

"To me, that should have changed our direction immediately," he said.

ISRO's Chandrayaan-2 mission confirmed that water did exist on the Moon in 2008, after which NASA confirmed the immense volume of it concentrated at the poles.

"We need to get to more parts of the Moon than we have ever gotten to before," Bridenstine said. "(Under) the Apollo program, we had six landings, all in the equatorial regions of the Moon, and we didn't get the full perspective, the full understanding, the science and the knowledge."

To NASA, the Moon represents (both metaphorically and literally) a gateway to the rest of our solar system. It will act as a test bed for technologies and human-spaceflight capabilities to survive on other worlds, he said. The Moon is closer than Mars is, more accessible to carry out these tests, and quicker to return from for astronauts. 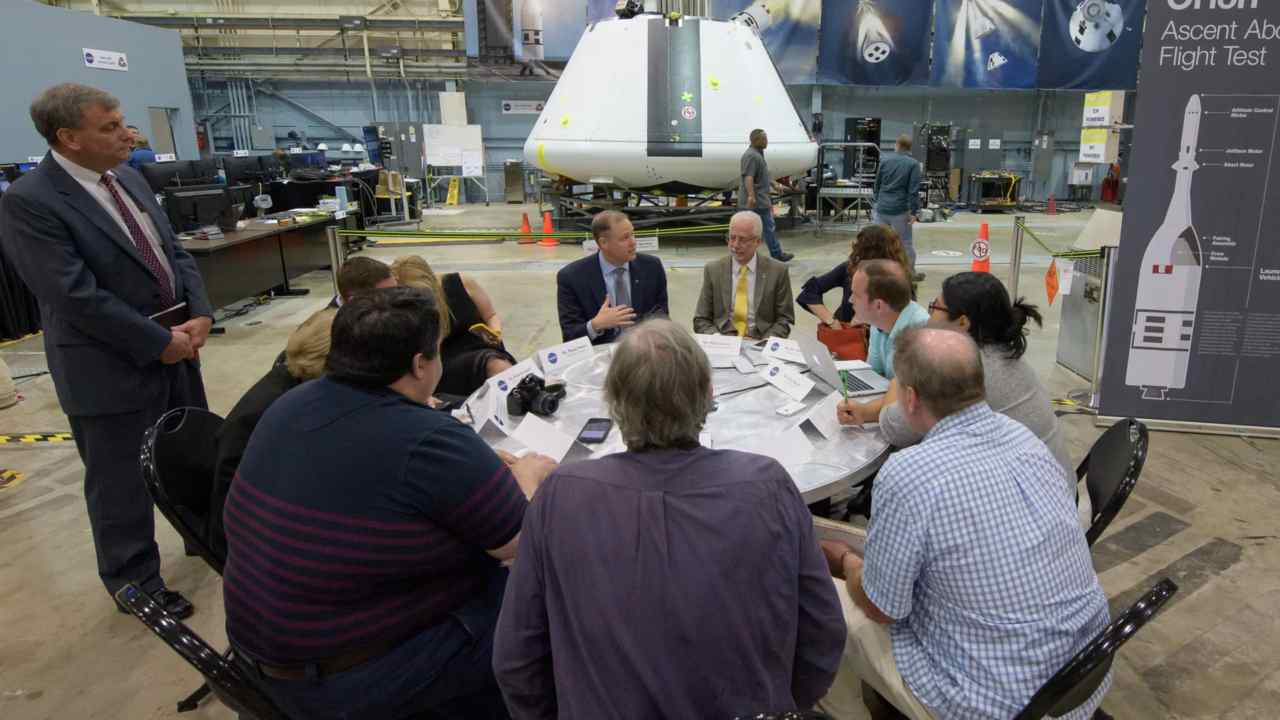 NASA's plan to tap the Moon — and eventually Mars — for their research is to build small space-station-like "Gateway" platforms that will act as outposts or a relay transport for journeying to deep space.

While the first Gateway is "about the Moon", the second Gateway — for deep-space transport, will use commercial and international partners to enable missions to Mars, he said.

"What we don't want to do is go to the surface of the Moon, prove that we can do it again, and then be done...We want to go to stay."

The Lunar Gateway, according to Bridenstine, is the best way for NASA to access more parts of the Moon than before, and reach Mars before anyone else does — with commercial partners and all.