Some scientists compare Mercury to a 'cannonball' as its metal core fills nearly 85% of the volume.

Have you ever wondered what would be inside the smallest planet in our solar system, Mercury? Well, scientists have. And after much wondering, NASA scientists might have finally cracked the answer.

Mercury and Earth's Moon have always seen to be closely related because of their surface is heavily cratered and old, but unlike the moon, the scientists now have strong evidence that the planet has a large and solid metallic core.

You might be wondering how one gets the answer to what's inside a planet without even touching down, or landing, on it? NASA states that this can be done by observing "the way the planet spins" and then measuring how the "spacecraft orbits it — very, very carefully." This is exactly what the NASA planetary scientists did.

Antonio Genova, an assistant professor at the Sapienza University of Rome who led the research while at NASA Goddard Space Flight Center along with his team used several observations from the MESSENGER (Mercury Surface, Space Environment, GEochemistry and Ranging) mission to probe the interior of Mercury. They looked mainly at the planet’s spin and gravity. 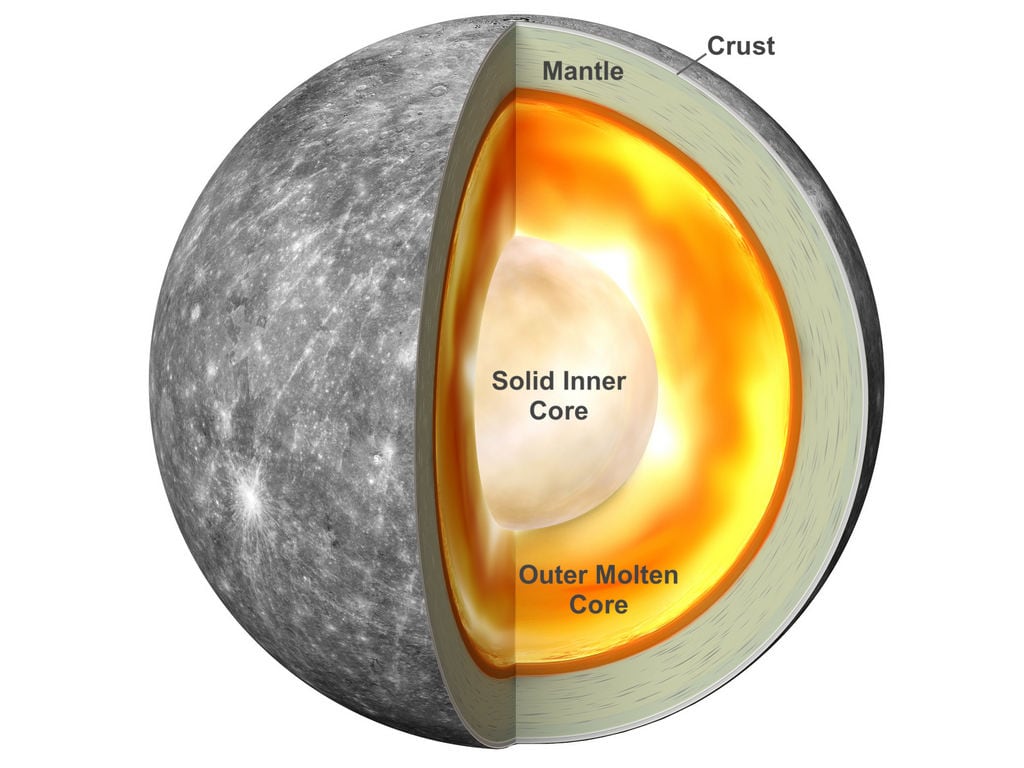 The scientists collected and put together all the information from various fields and also through data which has been collected by MESSENGER which orbited closer and closer to Mercury's surface over the course of its mission.

The MESSENGER was used to determine "the gravitational anomalies and the location of its rotational pole, which allowed scientists to understand the orientation of the planet."

There were radar observations even made from Earth in 2007 which proved some of Mercury's core to be liquid-molten, but did not give a clear picture of whether a solid core was lurking underneath.

Such accurate measurements of Mercury’s spin and gravity were said to be made possible only due to sending of spacecrafts to other worlds as they were not possible to be made from Earth.

"Every new bit of information about our solar system helps us understand the larger universe," Genova said in the statement.