Mysterious cold gas shot out of the centre of the Milky Way 'like bullets', leaves researcher wondering

Scientists have seen this happen in other galaxies however, this is the first time it has happened in our own.

An international team of researchers have discovered a dense, cold gas that's been shot out from the centre of the Milky Way "like bullets".

Exactly how the gas has been ejected is still a mystery, but the research team, including Professor Naomi McClure-Griffiths from The Australian National University (ANU), say their findings could have important implications for the future of our galaxy. 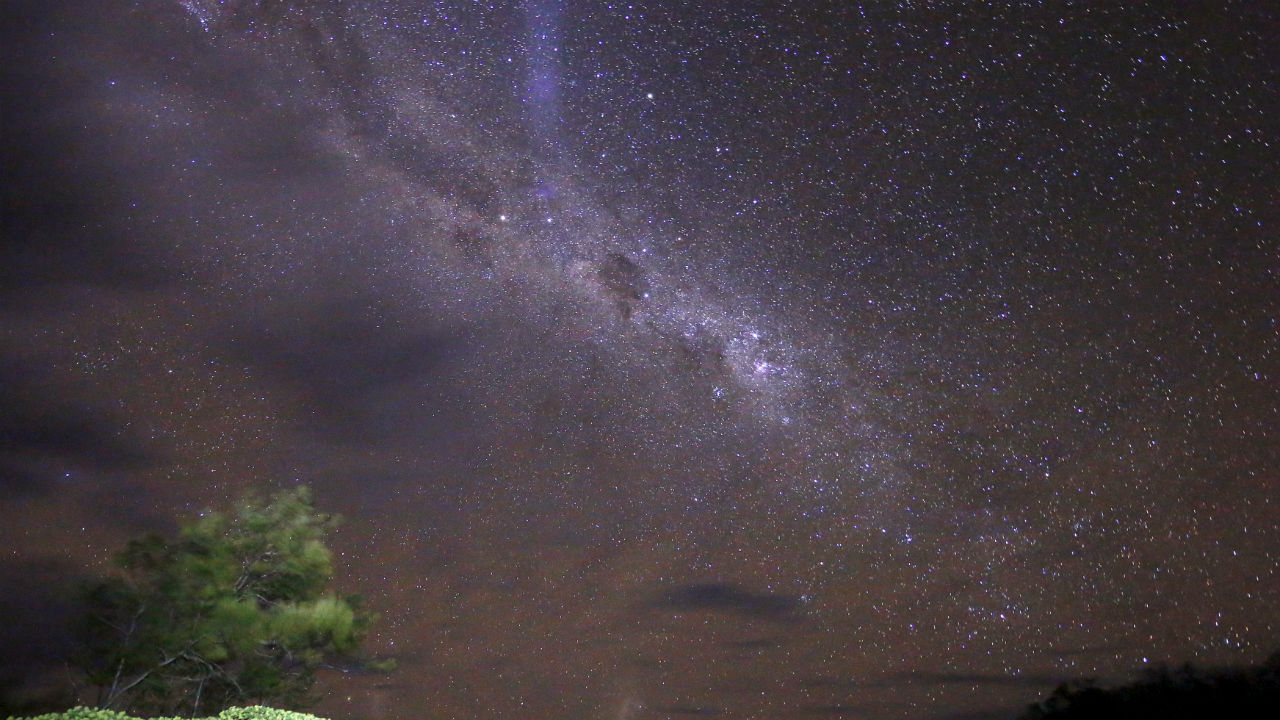 Seeing the Milky Way lose its star-forming gas is kind of exciting — it makes you wonder what's going to happen next!

"Galaxies can be really good at shooting themselves in the foot. When you drive out a lot of mass, you're losing some of the material that could be used to form stars, and if you lose enough of it, the galaxy can't form stars at all anymore. So, to be able to see hints of the Milky Way losing this star-forming gas is kind of exciting — it makes you wonder what's going to happen next!," Professor McClure-Griffiths said.

"The wind at the centre of the Milky Way has been the topic of plenty of debate since the discovery a decade ago of the so-called Fermi Bubbles — two giant orbs filled with hot gas and cosmic rays. We've observed there's not only hot gas coming from the centre of our galaxy but also cold and very dense gas. This cold gas is much heavier, so moves around less easily," Professor McClure-Griffiths said.

"We don't know how either the black hole or the star formation can produce this phenomenon. We're still looking for the smoking gun, but it gets more complicated the more we learn about it," lead author Dr Enrico Di Teodoro from Johns Hopkins University said.

"This is the first time something like this has been observed in our galaxy. We see these kinds of processes happening in other galaxies. But, with external galaxies you get much more massive black holes, star formation activity is higher, it makes it easier for the galaxy to expel material. And these other galaxies are obviously a long way away, we can't see them in a lot of detail. Our own galaxy is almost like a laboratory that we can actually get into and try to understand how things work by looking at them up close," Dr Teodoro added.

The gas was observed using the Atacama Pathfinder Experiment (APEX) operated by the European Southern Observatory (ESO) in Chile.