The oil spill occurred in 2004 when hurricane Ivan caused an underwater mudslide.

Fourteen years since the Taylor oil spill in the Gulf of Mexico, it's finally going to be contained. The US Coast Guard has confirmed that the operation has begun.

They say that more than 30,000 gallons of oil have been collected over several weeks since the containment process began. The Coast Guard is overseeing the work done by the Couvillion Group who has got on-board through a contract.

After Taylor Energy failed to take up their responsibility, the Couvillion Group got the contract.

Timmy Couvillion, owner and chief executive of the company said that as a result of the work, the oil sheen is nearly gone, but the oil is not. “It is a reminder that these wells need to be plugged . . . (it is) a temporary solution to an evolving problem. We’ve contained the oil but it’s still being released into the environment.” 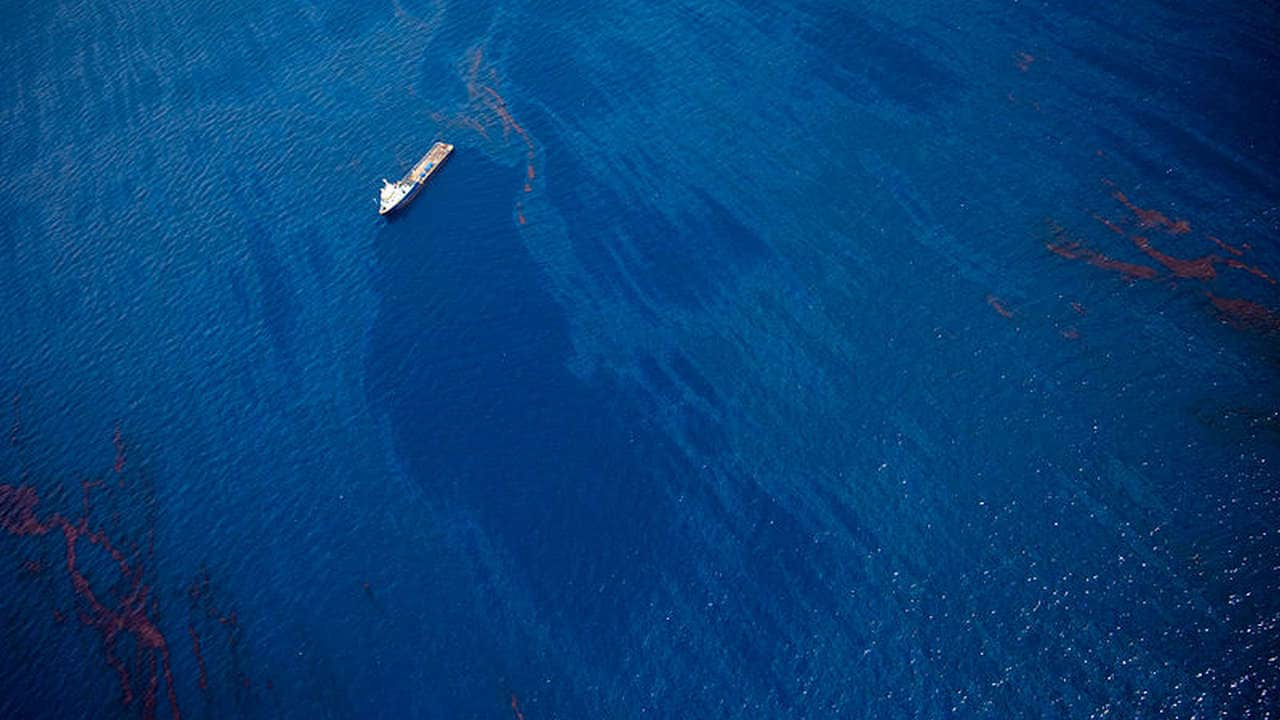 Oil sheen from the nearby Deepwater Horizon oil spill that occurred in 2010, when those monitoring the area observed similar contamination coming from the Taylor Energy site. Image credit: Wikipedia

The oil spill occurred in 2004 when hurricane Ivan hit the Gulf of Mexico and caused an underwater mudslide. That led to the oil platform to topple over and then sink to the bottom of the ocean.

The oil rig has 28 wells and Taylor Energy plugged 25 of the wells. However, the others were left open and kept leaking into their surroundings. In 2018, it is estimated that there are 300-700 barrels of oil spilling out of the wells in a day. With that calculation, if the spill was not contained, it would have gone on for 100 years.

When the incident occurred, the oil company reported the spill but nothing was done about it. In 2010, when the Deepwater Horizon spill was being observed they realized there was continuous oil slick at the Taylor site.

September this year, the spill will enter its 15th year. While efforts continue on containment, there is no sign of punitive action for Taylor Energy company that took no responsibility for their actions.