ISRO PSLV-C46 mission countdown begins, gets greenlit for 22 May launch at 5.30 am

Like PSLV-C45, the PSLV-C46 launch will be open to viewers at the recently-opened viewing gallery.

The 25-hour countdown ahead of the Indian Space Research Organisation's (ISRO) third launch of 2019 — the launch of an earth observation satellite by ISRO's Polar Satellite Launch Vehicle on 22 May, started at 4 am IST on 21 May.

ISRO's Mission Readiness Review and Launch Authorisation Committees decided on Tuesday that the planned PSLV-C46/RISAT-2B mission launch was on schedule for 5.27 am on 22 May from the Satish Dhawan Space Centre in Sriharikota, weather permitting.

The PSLV-C46 mission will launch the RISAT-2B radar earth observation satellite into a 555 km-altitude orbit. RISAT-2B was built to last five years in orbits, and serve the country with data for forestry, agriculture and disaster management.

This will be the agency's (and the country's) 72nd rocket to be launched from the SHAR range, according to an ISRO release. 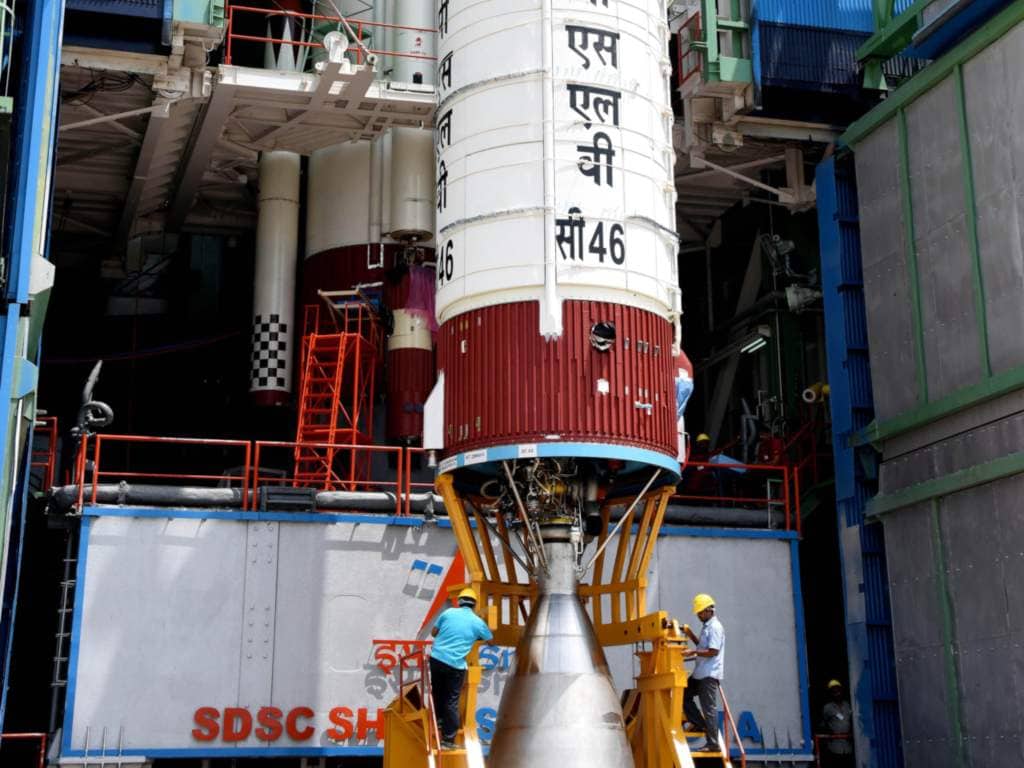 The 22 May launch also happens to be the 14th mission of the PSLV core-alone rocket— the lightest of the PSLV family of launch vehicles.

Earlier this year, the PSLV-C44 mission launched MicroSAT-R and KalamSAT-2. The fourth stage of the PSLV was also modified to linger and stay useful in orbit for six months after the launch, during which it will house and power a collection zero-gravity experiments from students and startups.

Much like the PSLV-C45 mission, the PSLV-C46 launch will also be open to viewers at the recently-opened viewing gallery at the Satish Dhawan Space Centre in Sriharikota.