The comet was discovered on 29 December last year by the ATLAS robotic astronomical survey system.

The Hubble space telescope stood witness to the comet Atlas shattering into pieces on its journey towards the Sun. NASA subsequently published a detailed note on the breaking up of the comet.

NASA says the telescope spotted about 30 fragments on 20 April and 25 pieces on 23 April. 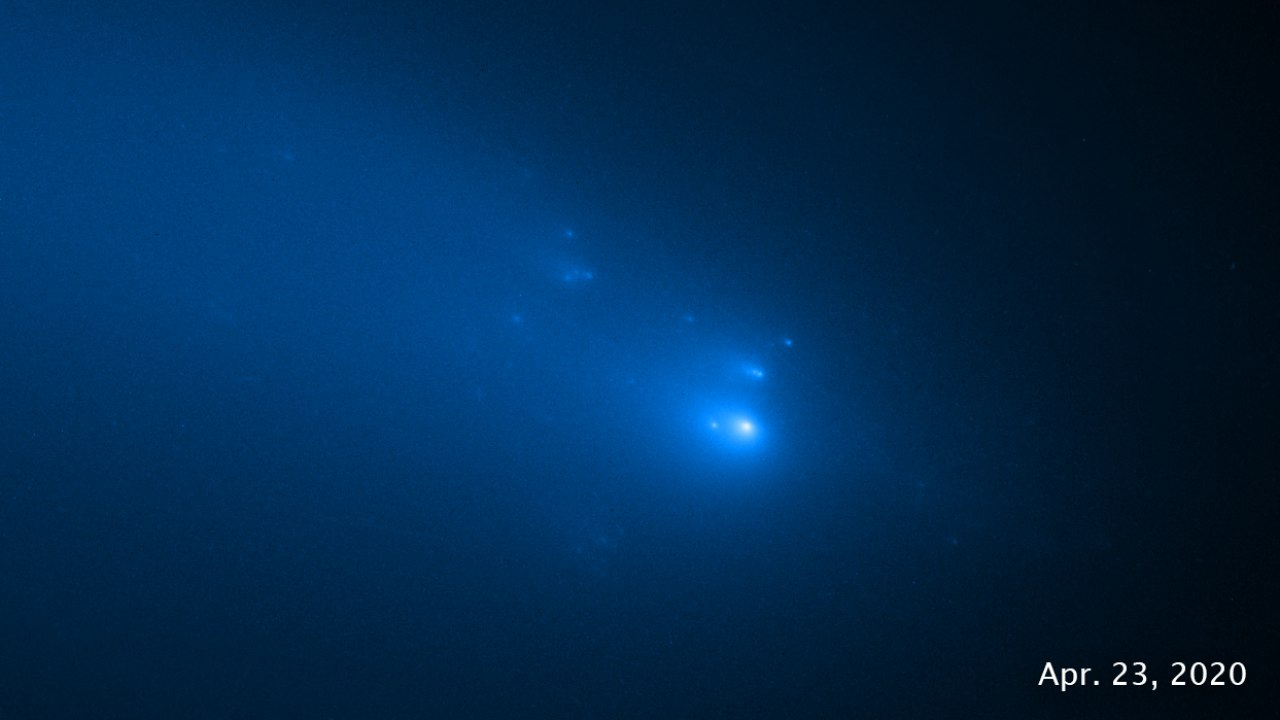 This image taken by HUbble provide the sharpest views yet of the breakup of the solid nucleus of the comet. Image credit: NASA, ESA, STScI and D. Jewitt (UCLA)

"Their appearance changes substantially between the two days, so much so that it's quite difficult to connect the dots," said David Jewitt, professor of planetary science and astronomy at UCLA, Los Angeles. He led one of two teams that took pictures of the comet with the telescope.

Jewitt added that he is not sure if the appearance changes “because the individual pieces are flashing on and off as they reflect sunlight or different fragments appear on different days.”

Quanzhi Ye, the leader of a second Hubble observation team, said it is an interesting event as they happen rarely (once or twice in a decade) and mostly comets that break up are too dim to see.

Astronomers believe that the crisp images provided by Hubble may yield new clues to the breakup.

“The disintegrating comet was approximately 146 million kilometres from Earth when the latest Hubble observations were taken,” says NASA.

The Hubble Space Telescope was launched on 24 April 1990, thirty years ago. Over the years, it has become one of the space agency’s longest-living observatories.

The first major optical telescope to be placed in space, Hubble played a key role in the Nobel Prize-winning discovery of the accelerating expansion of the cosmos.