She was invited to speak to the house by 162 MPs by a cross-party group called ‘Let’s Accelerate’.

Yesterday, Greta Thunberg and a group of youngsters visited the lower house, the National Assembly of French Parliament. She spoke to the ministers of Parliament and then attended a debate as the guest of honour. She was invited to speak to the house by 162 MPs by a cross-party group called ‘Let’s Accelerate’. Prior to the speech, she was welcomed by the speaker of the house Richard Ferrand at his residence. 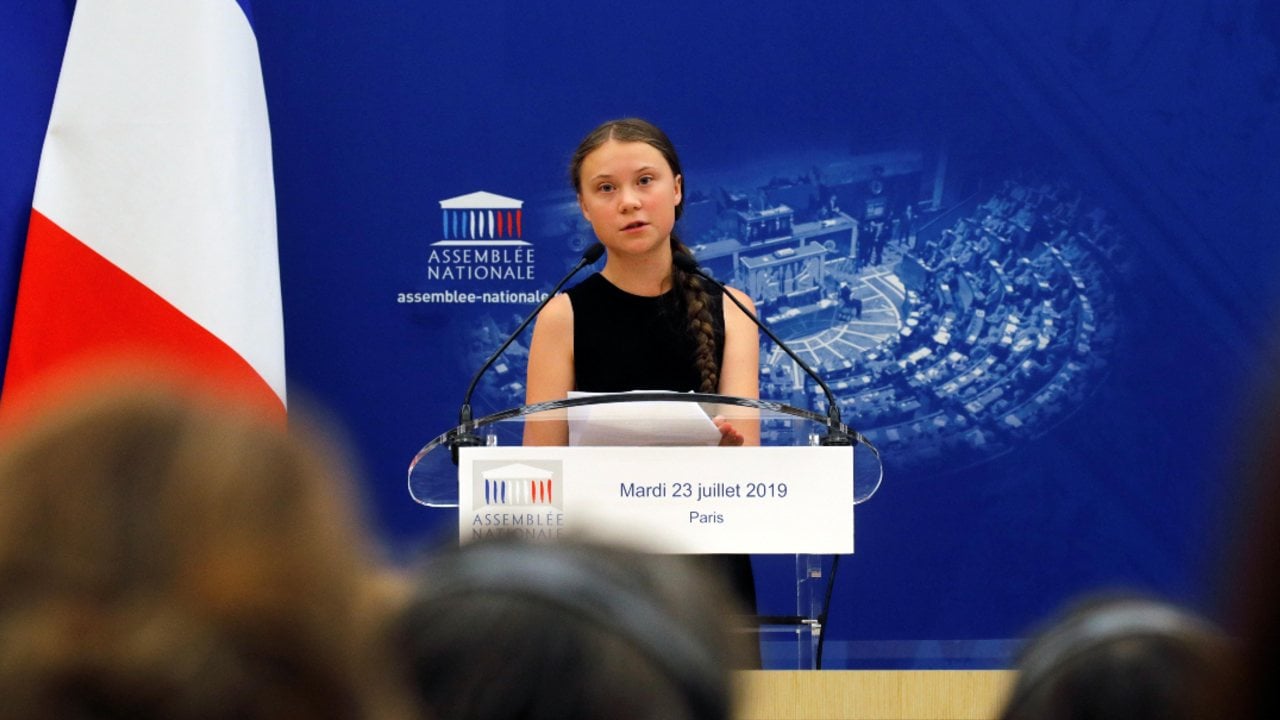 In her speech, Thunberg lashes back at all the climate change naysayers who are present in Parliament and in the media. Thunberg claims that she and the other kids not giving their personal ‘opinions’ but are only echoing what the IPCC report has said. Yet she has been at the receiving end of hate and online trolling.

Many of the right-wing and conservative Republican ministers in the house asked other MPs to boycott her appearance. They went as far as to call her the “Justin Beiber of ecology’ and ‘Prophetess in shorts’.

However, there were many who attended her speech and New York Congresswoman Alexandria Ocasio-Cortez tweeted her support for Thunberg saying “The climate crisis will not wait for the comfort of politicians.”

The climate crisis will not wait for the comfort of politicians.

The consequences of a burning planet are coming, and the situation we leave our children will be proportionate to the courage (or lack thereof) we show now.

Greta Thunberg is a 16-year-old climate change activist from Sweden and suffers from Aspergers. She has started Fridays for Future, an organization that encourages school children all over the world to not attend classes and strike for their future. She started out as a single student in front of the Swedish parliament, with a board in hand, striking for political change with regard to the global crisis of climate change.