High mountain environments in South America, which in many locations encompass peaks that reach 6,500 meters or more in altitude, are home to some of the most spectacular glaciers on our planet. My research on one particular glacier shows how endangered these environments are.

In recent years my colleagues and I have been studying the fate of one site in the high Andes of Peru. We work in a location in southern Peru which hosts what used to be the world’s largest tropical ice cap, called Quelccaya. This ice cap covers an area the size of more than 9,000 football fields draping an entire high-elevation plateau in thick ice. The Quelccaya Glacier in Peru, which has major social and economic value, is disappearing along with other tropical glaciers. Edubucher, CC BY-NC-SA

To better understand how climate change affects this site, my colleague Doug Hardy from the University of Massachusetts and myself installed an automated weather station on the summit at 5,680 meters in 2004.

Our climate analysis, together with remote sensing data analyzed by my former Peruvian Ph.D. student Christian Yarleque, clearly documents that the ice cap has been shrinking rapidly in recent decades. And in a recent study, we were able to show that we will lose this ice cap soon unless we dramatically reduce our global greenhouse gas emissions in the next 30 years.

Unfortunately Quelccaya is not a unique case, as climate change is rapidly transforming the high-mountain environments in the Andes from Venezuela in the north to Chile in the south. As our work in Peru shows, these changes will have profound effects locally, with potential repercussions far from the glacier sites.

Many demands on glacier water

As a climate scientist who specializes in understanding the influence of climate change on Andean glaciers, I have been witnessing this process for almost three decades, since I first starting working in the Andes in the early 1990s. Glaciers in many ways are ideal to study climate change because they allow people to visualize the changes in our environment. Changes in glacier extent, which can be seen in many locations around the world, can be interpreted as a direct response to changes in climate.

But these glaciers are not only of scientific interest to people like me, as they provide the fundamental basis for the livelihoods of people who live near these mountains. Glaciers essentially operate like giant water reservoirs and continually release water through melt. People living downstream use this for drinking water and sanitation, to irrigate their fields and to maintain large wetlands and pastures where their llamas and alpacas can graze. 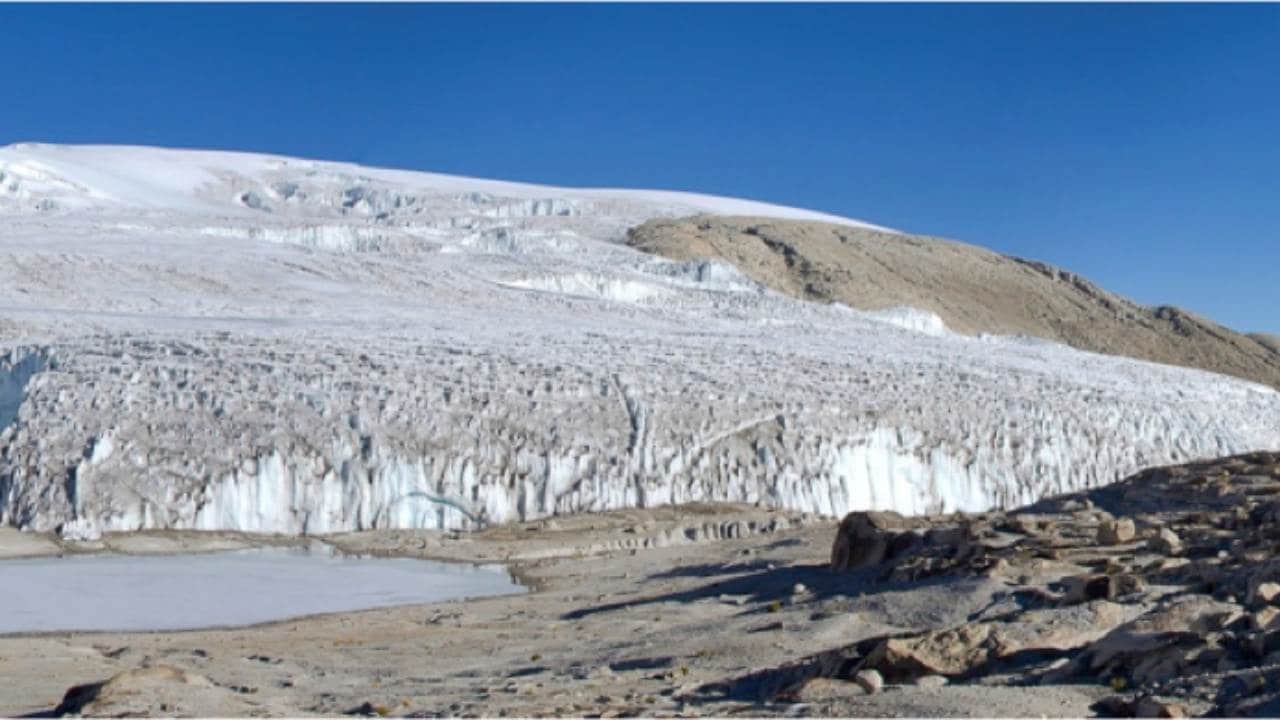 The same water is also being used by hydropower companies to produce electricity, for mining purposes and for large-scale irrigation projects where crops are grown for export. Hence, there are many competing interests that rely on this glacier melt water and the pressure on this water resource is further exacerbated by a rapidly growing demand due to population growth and expanding economies. Indeed, in some locations in the Andes conflicts over water allocation and who controls, regulates and determines access to water have been simmering for quite some time, highlighting the need for adequate water governance.

With the rapid glacier retreat that we are currently witnessing, the ice that once guaranteed a steady base flow in rivers is starting to shrink to a size where it can no longer provide this environmental service in many locations. This is a problem especially during the dry season which can last up to six months in the Andes of southern Peru and Bolivia and when rainfall tends to be completely absent. During this time glacial melt water is often the only source of water for populations who live close to the glaciers.

Local inhabitants are well aware of the rapid changes taking place in their environment and they take note of the fact that glaciers are shrinking. However, they do not always view such changes in the context of global climate change, but may instead interpret them in a more spiritual and religious framework.

For many local inhabitants the mountains are sacred and seen as home to Gods and they may view changes in these mountain environments as a threat to their local livelihoods. In some instances, glacier retreat has also been blamed on foreigners, who climb mountains for touristic or scientific purposes.

For those of us who live in industrialized countries in the Northern Hemisphere, glacier retreat in the Andes may seem like a distant problem, but we do of course see similar changes in glacier size in the Alps, the Rocky Mountains and all other mountain ranges across the world. The melting ice all ends up in the global ocean, where it contributes to sea level rise. In addition, people losing their livelihoods in a distant part of the planet is not without global repercussions, as it will lead to an increased flow of migrants and environmental refugees.

Climate change is a slow-moving process but it carries a lot of built-in momentum, which makes it impossible to stop changes from occurring over short time frames. The world has already committed to some climate impacts that will occur in the future, regardless of our future greenhouse gas emissions because these gases stay in the atmosphere for decades or centuries. Adapting to climate change impacts is therefore fundamentally important.

In the Andes, such adaptation may take different forms but can include a number of water-saving techniques. This can include improving inefficient irrigation structures, which carry substantial water losses, switching to more resilient crops, and introducing more efficient water harvesting techniques. Other steps could be to seek alternative sources of water such as groundwater, build water treatment plants to improve water quality, or in some cases building dams and reservoirs. National and international efforts are underway to pursue some of these strategies.

Equally important, however, I believe is to make sure that local institutions are involved in adaptation planning from the outset in a participatory approach. By including local values, perceptions and traditions, the local acceptance and sustainability of such projects will be greatly improved.