Musk said the satellites had been fitted with VisorSat that acts as a set of shades that keep the sun from reflecting off the satellites.

Since 14 July, the Comet Neowise or C/2020 F3 has been visible in the night sky, and will stay visible till 2 August. The once-in-7,000-year celestial event has created a lot of buzz in the astronomy community, with both professionals and amateurs looking to capture it in action.

However, not all astronomers seem to be getting their way. The flock of Starlink satellites under Elon Musks's SpaceX seem to have photobombed otherwise beautiful pictures of the rare comet sighting. Astronomers took to Twitter to express their outrage. 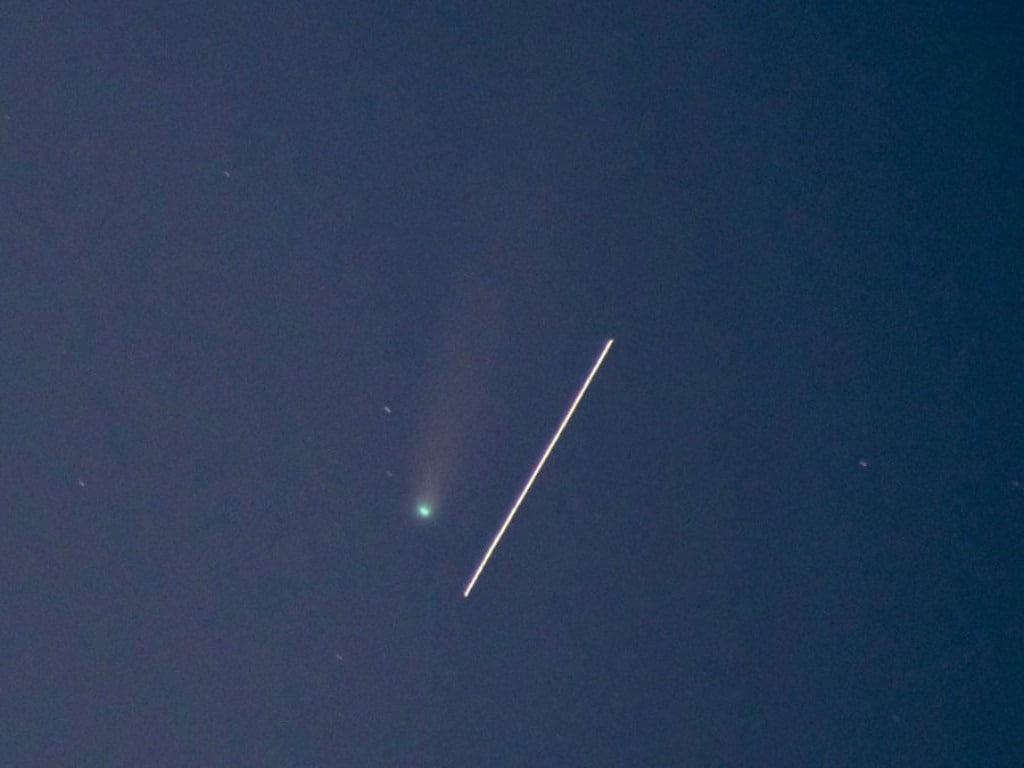 Daniel López of El Cielo de Canarias (The Sky of The Canary Islands) captured an image of the Neowise comet that was completely drowned out by the Starlink fleet. He had posted it on Facebook, after which astronomer Julien Girard tweeted the image out on Twitter, complaining of the intrusion.

17 30-second images of the comet added up by @cielodecanarias, completely photobombed by @elonmusk's #Starlink satellites. It's a few hundreds of them right now,there will be a few thousands in the near future. @SpaceX is committed to coating orienting them better but still.... pic.twitter.com/TYtTf5xwhc

“Astronomers, astrophysicists, and astrophotographers are concerned about the great deployment of small satellites orbiting the earth,” astrophotographer Daniel López, who snapped a photo of the disrupted Neowise, told Gizmodo.

Other astrophotography enthusiasts have also taken to Twitter to talk about the menace. Reports of the fleet that is now over 400 satellites strong caught ruining pictures, time-lapses and complete overshadowing the comet, have come from all over the world.

On an earlier occasion, the Starlink satellites were mistaken for unidentified flying objects, since no one had seen anything like it before.

A report by Live Science explains the intricacies about capturing celestial objects in the sky. It states, "Telescopes, like consumer cameras, usually use long exposures in their scientific work. Starlink seems to be particularly reflective and to orbit at an elevation that can leave bright smears across telescope sensors and pollute data."

Starlink satellites near or over comet NEOWISE...😔Not visible to the naked eye, but these are only three of the several (unprocessed yet) photos where the trails are visible on a single night (a ~1h shooting session). It’s becoming difficult to avoid them in an astrophotography. pic.twitter.com/OTyGY2B71L — Raul C Lima (@raulclima) July 20, 2020

#Starlink Satellites ruined my evening of #astrophotography while shooting #NeowiseComet #cometNEOWISE tonight. THANKS @elonmusk for ruining my hobby, i support everything else you're doing, but not this. pic.twitter.com/kqbcK8hrpd — Mike Oitzman (@oitz) July 18, 2020

Been there, done that

This is not the first time Starlink and its founder Elon Musk has come under fire from the astronomy community. In fact, when the first couple of Starlink satellites were launched, many of the members had spoken up about the possibility of these bright satellites messing with their photography as well as just plain discovery of a new object in the sky.

Musk had gone on to assure them that he and his team are fixing the issue to ensure that these high-speed internet providing satellites will not interfere with their work.

On the eighth launch of the Starlink mission, the satellites had been fitted with what they called VisorSat that would act as a set of darkened shades that can keep the sun from reflecting off the bright parts of each satellite. The visors flip out and block the sun, preventing reflections. Musk said that the VisorSats would have a “massive effect” on the brightness of the satellites.

He said the goal is to make the satellites invisible to the naked eye and minimise their impact on astronomy with a focus on ensuring that whatever inconvenience they do pose doesn't hinder the scientists' ability to make new discoveries.

And while Elon Musk is the first, he is definitely not going to be the last. Jeff Bezos’ Amazon has already stated that they are working on a Project Kuiper that will launch 3,236 satellites into space to provide internet. There are many other companies that are vying for that piece of the pie and it is left to see how astronomers will have to deal with these rotating internet providers and if there will be any government regulations in this matter.