The draft also sets a foundation for the Green New Deal, a policy plan to achieve net-zero emissions in 10 years.

The climate on earth is changing and it’s changing fast. The temperature has seen a steady rise from the time of the industrial revolution and there have been no signs of a slowdown in the very emissions that are driving that surge. The result is a climate emergency, brought out mostly by frequent and more intense weather patterns in the past couple of decades. Now, these patterns are costing nations world over in damages, and affecting the whole world to varying degrees,  but the whole world nonetheless.

Unreliable rains, drought, melting of ice caps and vulnerable species being forced to adapt to the changing climate are leading to a rise in sea levels and widespread decline of species, possibly the scale of a sixth extinction, are only a few of the side effects of the climate emergency. Climate change isn't just real – it's here to stay. That's unless something is done about it on an urgent, priority basis.

Conversations and debates have long since begun. 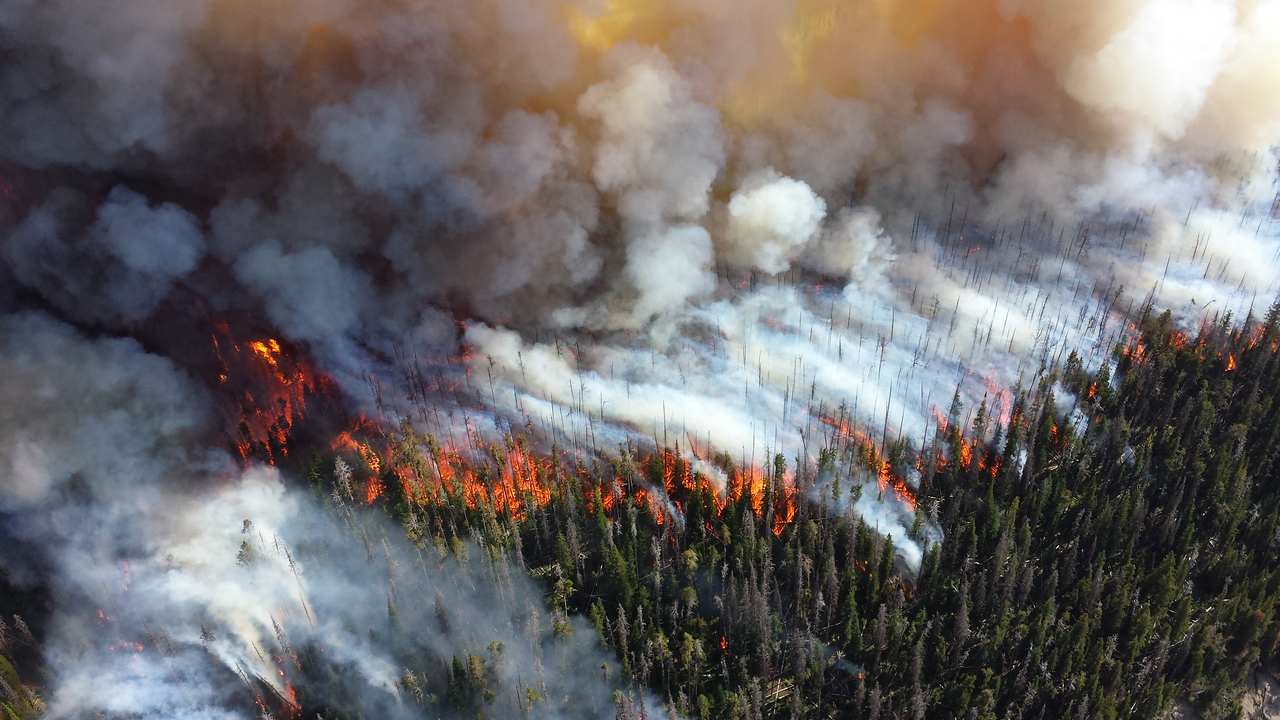 Wildfires in the Yellowstone National Park.

People are inviting bees with offerings to pollinate flowers within city limits, going vegan and vegetarian, even ditching their cars in favor of public transport – amiable actions, to 'do their bit'. But the most high-impact, artificial emissions (of carbon dioxide, methane, and nitrous oxide) contributing to climate change can be traced to large-scale and heavy industries. To stop them, governments need to start getting involved and find a sustainable alternative to the present carbon-negative productions.

In most important conversations and policy decisions around climate change, poorer and developing nations and communities are often left out, despite being the most affected by its impacts. Those least capable to deal and adapt to this change are also the ones forced to face the blunt end of a costly climate crisis.

To protect the interests of vulnerable communities in the United States and ensure their weight in important policy decisions, two members of the Democratic Party, presidential candidate and Senator Kamala Harris and New York Representative Alexandria Ocasio-Cortez have joined forces to release the Climate Equity Act (CEA). This Act holds Congress and the Executive Branch accountable in the decisionmaking process. When legislation related to climate and environment is passed, ‘frontline communities’ (read: vulnerable communities) need to receive an equity score that fairly and correctly estimates the impact of the global crisis on vulnerable communities.  The score will be developed by experts and would be similar to the one used by the nonpartisan Congressional Budget Office (CBO), according to Refinery29. This accountability will also transfer to the Executive Branch of the government, the division exercising authority and holding responsibility for a nation's governance. The Executive also enforces the law. When laws pertaining to climate change are executed, the new Act ensures that the interests of vulnerable communities aren't sidelined in national and international matters. Representatives of these communities will also get a chance to be involved in the process. A periodic review will also look into whether programs and grants benefit these communities.

Too many communities in America face systemic environmental injustice—that must end.

Today, I'm partnering with @AOC to announce a landmark bill to ensure that a Green New Deal leaves no one behind and lifts up low-income communities, people of color, and indigenous communities.

The third part of this Act also aims to create an independent division for "Climate and Environmental Justice Accountability"’ that "represents the views of frontline communities in rulemaking" by studying issues and useful trends in frontline communities, regulations affecting frontlines communities and monitor compliance to governmental policies. The Act will also create a Senior Advisor for Climate and Environmental Justice Office in all national agencies to help coordinate and communicate between the Office and agencies in matters relating to climate change.

"The US has left behind many communities as it has cleaned up its air and water over the past 50 years,” Leah Stoke, Professor of Political Science in the University of South Carolina Beaufort, said in a tweet.

Today, @SenKamalaHarris and @AOC announced the Climate Equity Act. This bill aims to ensure that climate and other environmental policy has equity and justice at its core. This hasn’t been how the US has done environmental policy in the past. /THREAD!https://t.co/A9TGWFyH60

The draft also sets the foundation for the Green New Deal, a policy plan to achieve net-zero greenhouse gas emissions in 10 years, which have been introduced by Cortez and Senator Edward J Markey from Massachusetts. The Green New Deal is also nonbinding, so it won't become law even if it gets the approval of the Congress.

A Green New Deal is more than switching to renewables.

The actual draft of the Climate Equity Act will be released in the fall. For a period of time, the draft will be open to feedback from the vulnerable communities it addresses, before it is introduced.

You can read a summary of the draft here.