Chandrayaan 2: A stepping stone for ISRO to larger, more complex missions to the Moon and beyond

When it comes to ISRO, everyone focuses on cost, but this comparison is pointless on several grounds.

ISRO has come a long way in the last five decades from its first sounding rocket launch in 1965 to its Mars Orbiter Mission (MOM) in 2014 being successful in the very first attempt. The latest Chandrayaan 2 lander and rover mission that would soft-land on the moon on 7 September 2019 is easily ISRO’s most ambitious mission so far given several aspects of the mission on the whole.

The spacecraft will be hitching a ride on ISRO’s most powerful rocket, the GSLV Mk III, which has only been flown three times so far. In comparison, the MOM mission rode atop the smaller and less powerful Polar Satellite Launch Vehicle (PSLV) that then had nearly 25 successful launches to its credit. The last-minute calling-off of Chandryaan-2’s launch on 15 July 2019 due to a leak in the GSLV’s cryogenic engine only underscores how inherently unpredictable and risky space missions are. 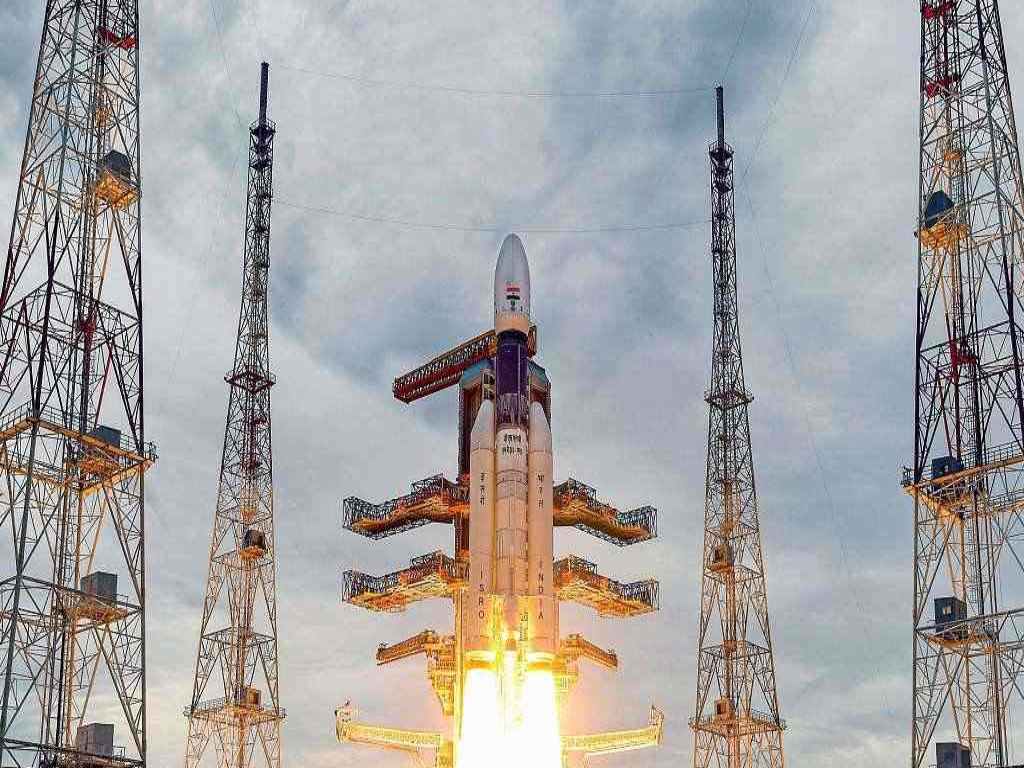 The GLSV Mk III has now successfully lifted off from Sriharikota and placed the Chandrayaan 2 payload into the desired orbit for lunar transfer.

Another fact which adds complexity to the C2 mission is that while being only the second attempt of ISRO to reach the moon, it comprises a lander and a rover in addition to an orbiter module, each of them carrying several science payloads. The first-ever successful soft-landing on the Moon was performed in 1966 by the USSR and only in 1969 have they attempted to include a rover, having spent the intervening three years gaining confidence in flying orbiters and landers.

Returning to Chandrayaan 2, after a successful lift-off comes the elaborate orbit raising sequence around Earth followed by entry into the lunar transfer trajectory. Once inside the moon’s sphere of influence, the spacecraft’s retro thrusters slow it down and perform several orbital manoeuvres so that the spacecraft ends up in a 100 km circular orbit around the moon. These final lunar orbital insertion manoeuvres can be seen as the reverse of the initial orbit raising manoeuvres around the Earth. In spite of the previous nearly perfect (There is no perfection in space!) Mangalyaan-1 and Chandrayaan-1 trajectory profiles, these orbital manoeuvres carry an inherent risk.

The Chandrayaan 2 mission is already quite complex even before the spacecraft becomes completely autonomous and the 15 minutes of terror actually begin. The landing sequence begins with the Vikram lander separating from the orbiter and beginning an autonomous descent. While two potential landing sites have been identified close to the south pole making it the farthest mission south, images from the high-resolution camera aboard the orbiter will help the lander in zeroing in on a safe spot to land. The lander’s descent rate is controlled by 5 liquid thrusters which are autonomously turned off when the lander is several meters above the lunar surface and gets soft-dropped on the surface at a speed of 2m/s. The 6-wheeled Pragyaan rover then detaches from the lander and begins operations. Through the Indian Deep Space Network (IDSN), the Vikram lander acts as the communication link between the ISRO engineers and the Pragyaan rover.

Most of the media coverage on ISRO’s Mangalyaan-1 and Chandrayaan-1 missions focused on touting their low cost and comparisons with budgets of Hollywood movies and space missions by NASA. This comparison is pointless on several grounds, the first being the obvious difference in pay for engineers and personnel in both countries. Secondly, the cost of a space science mission is proportional to the complexity of scientific instruments. The Mangalyaan-1, as well as the Chandrayaan-1 & 2 missions, are more of a technology demonstration than science missions. The biggest scientific contribution from the Chandrayaan-1 mission was the confirmation of water molecules on the lunar surface, which was actually through NASA’s Moon Minerology Mapper, an imaging spectrometer on-board the Moon Impact Probe of Chandrayaan-1.

ISRO is currently in the very early stages of demonstrating technology and building confidence in successfully carrying out interplanetary flights. With Chandrayaan-2 and later Mangalyaan-2, ISRO would be ready to embark upon a more scientifically mature exploration of the solar system. Of course, the benefits of space exploration are not always immediate, but the quality of science output is directly impacted by how cutting-edge scientific instruments are as well as the mission duration. 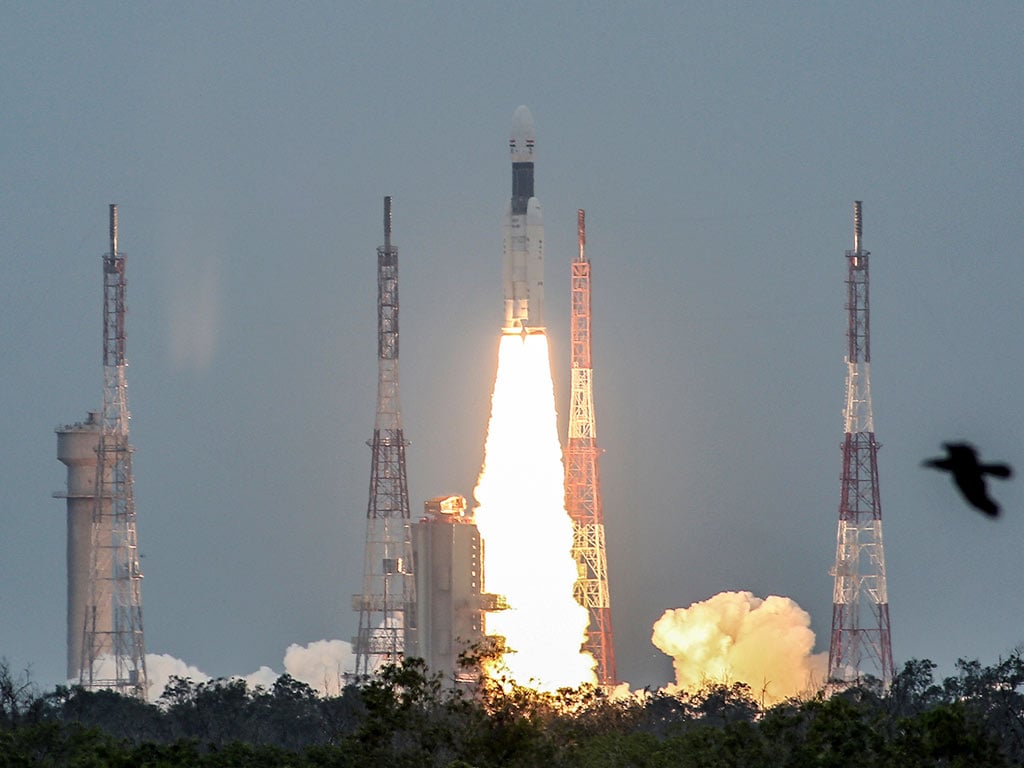 The Chandrayaan 2 mission has successfully lifted off aboard the GSLV Mk III rocket. Image: Reuters

Comparing Chandrayaan-2 with China’s recent Chang’e 4 mission to the far side of the moon, the Chang’e-4 lander and rover have a mission life of 3 months compared to the 14 days of Chandrayaan-2. Though similar in mass to the Vikram lander, the Chang’e lander carries an RTG (Radioisotope Thermoelectric Generator) that results in its longer operational life, in addition to a spectrometer, video, image cameras and a biological experiment. The Chang’e rover is capable of digging and performing soil analysis while transmitting a live video stream, both of which consume high power, resulting in a rover that weighs 140 kg. The Pragyaan rover is only 27 kg.

With seven more interplanetary missions planned in the next decade, ISRO needs to be provided with more resources for research into technology that can support future scientific missions. Some examples of the technologies that are needed for better science include RTG technology which is needed for any deep space mission where the spacecraft will not receive enough sunlight to power its operations. Other technologies include autonomous sampling and in situ testing of surface samples.

While the Mangalyaan-1 mission being successful in the very first attempt has brought global accolades to ISRO, the Chandrayaan-2 mission would cement its position as a serious player in planetary exploration. This accomplishment of ISRO, especially given the contributions by the industry and academic institutions, reflects highly on the technological prowess of the country as a whole and thereby extends the soft power the country can exercise in the international arena.

A successful Chandrayaan 2 mission will build immense confidence amongst the ISRO engineers and pave the way towards attempting a more ambitious Chandrayaan-3 mission with longer operational life on the lunar surface and more complex payloads.