You've been bitten by the astrophotography bug and here we tell you what you should buy.

Editor's Note: This story is part two of a three-part series about the basics of equipment used in astronomy. In Part 1, the author talks about first steps into astrophotography and choosing the right gear. The third & final part in the series discusses extra fittings like filters and eyepieces along with hacks to make stargazing with even the most basic telescope fun & breezy.

You’ve been observing the skies for a few months or years now. You’ve seen most of the deep sky objects in popular astronomy catalogues, and are regularly visiting Astronomy Picture Of the Day to download those jaw-dropping photographs. You are bitten by the astrophotography bug.

You wonder, What would it take to shoot galaxies as they do?

Astrophotography uses some of the concepts that visual observing does, but it’d be safe to classify it as an entirely different practice. It’s far more expensive and intimidating at first glance, but also very addictive. 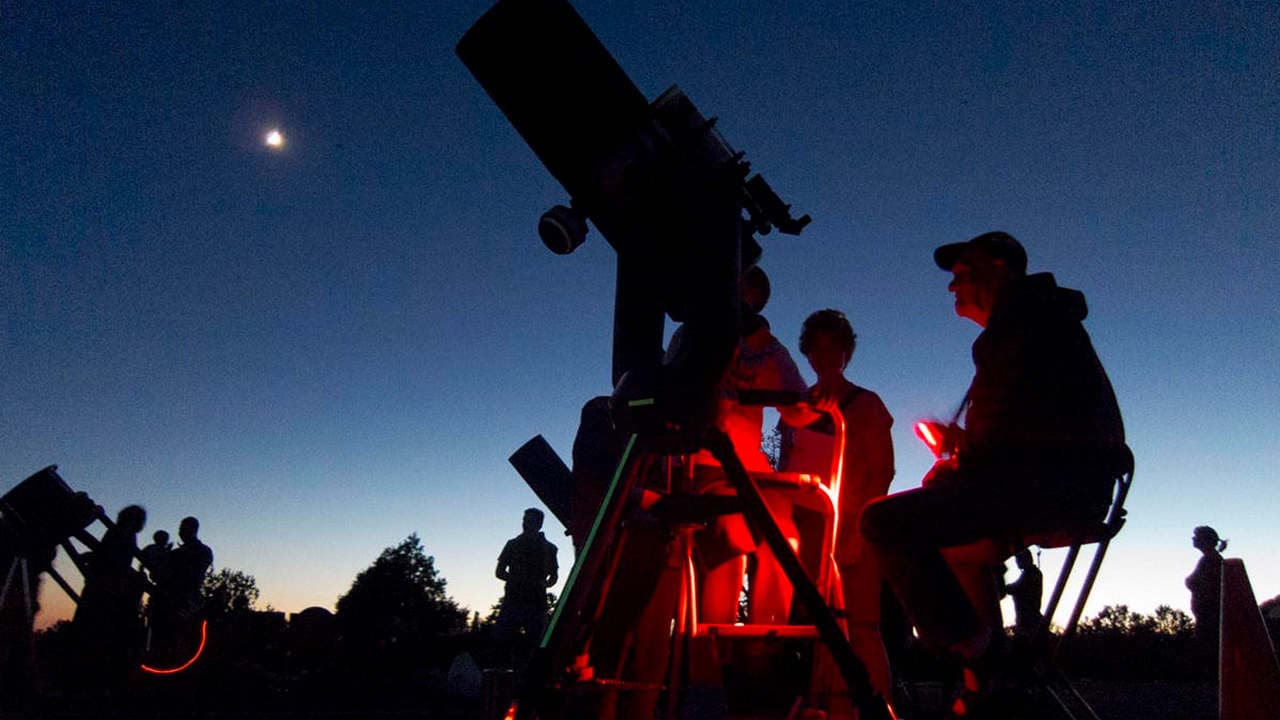 In this second guide to buying astronomy equipment, let’s go through everything you need to know to get started in astrophotography.

Depending on your budget and the amount of time and money you’re willing to invest, there are three or four methods of astrophotography (let’s call it AP from here) that enthusiasts partake in.

Afocal AP is much simpler than it sounds: It simply involves taking photos with a camera held up to a telescope’s eyepiece. If you’re a visual observer who also happens to have a camera lying around, this should make for some fun experimentation. The only disadvantage is that it only really works on very bright objects, like the moon, or some of the brighter planets like Jupiter. We’re not going to touch on this topic extensively. The setup for webcam astrophotography.

Taking wide angle shots of the night sky is the simplest method of AP without much equipment. The Milky Way, constellations, meteor showers and Iridium flares can all be photographed wide field.

Camera: AP is entirely M mode dependent. M or manual mode on a camera gives you complete control over your camera’s shutter speed, aperture, ISO, and so on. You will need to learn to use manual mode and taking long exposures if you don’t already. For this reason, a DSLR/any camera with manual mode is the best way to get started.

If you don’t have access to either, you may yet be in luck if you have a smartphone; most new ones support manual mode and RAW formats so all you need is a tripod and some know-how.

That being said, a DSLR has several distinct advantages. The lenses can be changed, you have the option to run Bulb Mode (keeping the camera shutter open for as long as you want) and all DSLRs support RAW. Another advantage that DSLRs give you is that they can be hooked directly to a telescope, but more on that later. Mount: The next thing you’ll need is a mount. At the very least, a simple camera tripod will do for shorter exposures (up to 20 seconds). Beyond that, the Earth’s rotation kicks in and your photograph starts to show trailing (when stars appear to move as a light trail across the photo).

Many people like photographing star trails, but if you want crystal clear photos of the cosmos, you’ll need a tracker. A tracker moves along with the Earth’s rotation and so there’s no trailing. There’s a couple of trackers to look at, but the most used one is actually a DIY piece of gear called a Barn Door Tracker. It’s manually operated (with the option of adding a motor), can be attached to a tripod, and is cheap to make. You can read more about barn door trackers here.

The other option is a motorized, commercial star tracker that’s made specifically for tracking and widefield/DSLR astrophotography. They come with the advantage of having motors built in along multiple axes, an intervalometer in some cases, and are much stronger than homemade variants. But these are expensive, starting at around Rs 30,000. They are also not very easy to get access to in India because of their price and subsequent customs duty.

Now we get to the painful-but-rewarding section of astrophotography. And I mean painful in every way: Physically, mentally, financially.

Prime focus astrophotography involves taking photos through a telescope with a DSLR or imager. In this case, the imaging device is connected to the telescope via an adapter called a T-Ring and a T-Adapter. This is where having a DSLR is an advantage as all you need to buy then are the adapters and you’re set (apart from the telescope and mount, that is).

While people use DSLRs for prime focus photography, a more professional piece of kit is a CCD imager. These cameras capture a lot more data, are meant specifically for astrophotography and are versatile. There are some drawbacks as well: They need to be cooled, for instance, or else they pick up noise. And the sensor usually captures data in monochrome, so you need to use a colour filter if you want to capture colour images. And lastly, the data is a bit trickier to process than even RAW files.

Choosing a telescope for prime focus AP: Unlike visual observing, telescopes that are used for AP are varied. People do use refractors and reflectors for imaging, but those are on computerized mounts (which we’ll talk about in a bit). Apart from these, you have Schmidt Cassegrians (SCTs for short), and you have APO ED refractor telescopes.

SCTs are the more popular of the lot for AP owing to their relatively low cost and ease of setup; they’re like a reflector telescope, but they also come with a glass plate at the front called a corrector plate that helps achieve a long focal length while still maintaining a short body. Celestron brand SCTs are the most popular, because they all come with a ‘GoTo’ system that also has auto-tracking and an object finder built into the software, so you don’t have to fumble around with third-party software at all.

ED telescopes are great if you really have a lot of money to burn or really care about outright quality. But they are expensive for a reason: They come with special glass that is coated and grouped in elements so as to avoid problems like vignetting and chromatic aberration, which ruin an image. Mount: If you’re buying an SCT telescope, especially from Celestron, it comes with its own GoTo mount, like I’d mentioned. But if you’re buying an ED/Refractor/Reflector or decide to get an SCT from elsewhere, you’ll need a computerized mount that is capable of tracking. You can either buy the rig as a whole or buy the GoTo section and mate it to your existing mount (Be warned, there will be compatibility and performance issues).

There are also some things you need to be aware of when getting a mount:

Weight: If you’re buying an EQ mount especially, these come in different sizes depending on their payload capacity (from EQ1 and so on). It’s usually recommended to get EQ5 or higher for AP.

Periodic error: Periodic error occurs in equatorial mounts, where there’s a mechanical error in the mount that could ruin the image, especially if it’s a long exposure. The way to counteract this is to get a worm gear drive that offsets periodic error, but even these are not perfect and there aren’t any mounts that 100 percent offset periodic error.

Other useful accessories for astrophotography: Bathinov Mask: Focusing at night is a big problem with a camera: You cannot use autofocus and manual focus takes a lot of trial and error. A Bathinov Mask is a simple to use mask that you place in front of your lens to aid in manual focus.

Intervalometer: I’m mentioning it this late into the article because most modern cameras/phones have built-in intervalometers/apps that let you shoot remotely and in sequences, but in case you’re using an older setup, this is a priceless piece of kit to own (also an inexpensive one).

Extra power/power banks: You’ll need all the power you can get, especially if you’re running a GoTo mount or taking long exposure shots. Make sure you have enough batteries for a night’s photographing.