Aiming for the stars: An introduction to Astrophotography

So what *is* astrophotography? Simply put, it’s taking pictures of the night sky. Even in such a niche category, the photography possibilities are endless.

Every time I see a picture of the stars or constellations, or even photos of a Deep Sky Object(DSO), I can’t help but wonder at our place in the universe. Carl Sagan’s words couldn’t have been more right: we are but a pale blue dot in comparison. Thanks to the milestones in digital imaging, we’ve been able to observe and record as much of the universe as we can: right from humble photos of the moon to complex observatory setups to capture DSOs, amateur astrophotography is fast becoming both an enjoyable hobby and an important research tool for many scientists. Indeed, even without equipment, one has the chance to find galaxies based on image data at websites like Galaxy Zoo and the like.

So what *is* astrophotography? Simply put, it’s taking pictures of the night sky. But that’s just the gist of it. Even in such a niche category, the photography possibilities are endless, based on one’s patience, and more importantly, budget. In this article, we talk about the most popular methods of astrophotography along with something that fits a more suitable budget for beginners. 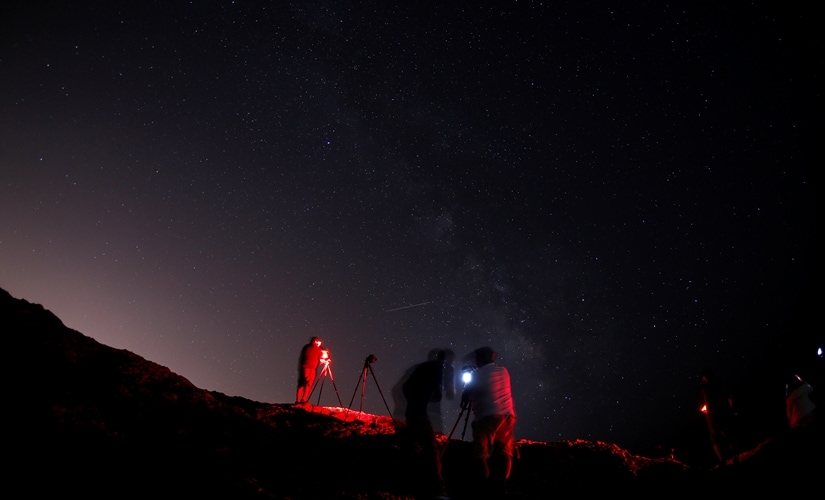 Photographers take pictures of stars and the Milky Way at Rdum il-Qammieh, outside the village of Mellieha, Malta. Image Credit: Reuters

This article assumes a few caveats: that you have a basic understanding of astronomy and photography. If not, Sky and Telescope is a great website to get yourself acquainted for the former, while our own photography column provides some insights into the latter.

Like I mentioned before, it all comes down to the amount of time and money you can into this field. But there are broadly 3 or 4 popular categories of amateur astrophotography: Stars and the 'Milky Way' are seen in the night sky over a camp, in Altyn-Emel national park, in Almaty region, Kazakhstan. Image Credit: Reuters

Strange spinning object in Milky Way 'unlike anything we've ever seen', say astronomers