22 years since Dolly the first cloned sheep, here's how her legacy has come along

Decades later, we're inching closer to the promised land Dolly's birth had painted all those years ago.

On this very day 22 years ago, news of Dolly, a cloned sheep, hit the newsstands and caused a stir in the research community as well as the media.

A group of scientists at the Roslin Institute of Scotland had cloned her from a single adult mammary gland cell of a sheep. Her name 'Dolly' was an ode to the American country singer Dolly Parton.

Standing in front of Dolly, whose taxidermied remains are now a popular attraction at the National Museum of Scotland, I (or anyone else) can safely say she resembles any other member of her kind. So much so that when a few dissenters of the cloning technology tried to take Dolly captive, they couldn't tell her apart from the other sheep in the shed and had to leave without her.

While others had cloned creatures from parts of embryos before, Dolly was the first mammal to be cloned from an adult cell. Although Dolly was born in July 1996, she was officially introduced to the world on 22 February 1997. Prior to that, the research group had made 277 attempts over almost 10 years to clone a sheep. Of those attempts, only 29 embryos lived longer than six days. Dolly was the only embryo to survive long enough to see the world and have the world see her.

Dolly had three mothers — a DNA donor, an egg donor, and a surrogate. First, the research team starved a batch of cells taken from the udders of Dolly's clone, stopping cell division. Next, the group extracted the nucleus of an unfertilized egg, leaving behind only its cellular content and shell. They then fused a dormant udder cell and a nucleus-free egg cell by stimulating it with electric pulses. This surge of electricity encouraged the egg to take up the nucleus of its neighbouring dormant cell — its DNA donor — and kick-start the cell division process. A week later, the embryo that was to become Dolly was implanted into a surrogate's uterus.

At the time of Dolly's inception, the research community suggested numerous implications for cloning. Reviving extinct or endangered species, studying human diseases in animal clones, upping milk production in cattle, producing human organs for transplant — even human cloning — were some of the many possibilities bandied about. 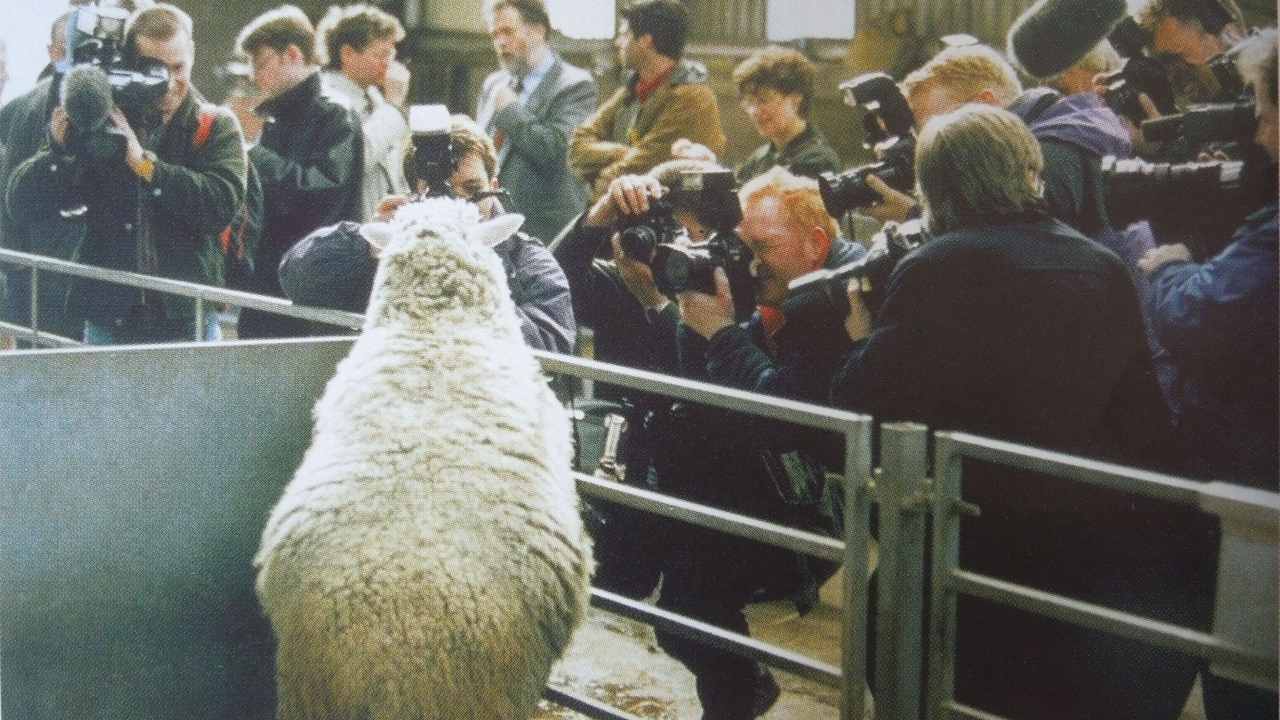 Dolly and the media in 1996. Image courtesy: University of Edinburgh

As the cloning process is often flawed, the resultant embryos may not always develop properly. This is the single biggest scientific conundrum in human cloning. But, over the years, researchers around the world have attained some success in other species.

Dolly led the way for a slew of other cloned mammals — pigs, dogs, cats, bulls, goats, and horses. In 2007, Dolly’s four other sister clones — Daisy, Debbie, Dianna, and Denise — were born from the same set of cells that Dolly was.

In 2009, researchers in Spain reported the cloning of an extinct species of wild mountain goat. While the cloning was not entirely successful (the clone died soon after birth), the study broke the seal on the idea that endangered and extinct animals could be recovered from a piece of frozen tissue. Researchers then moved from cloning mammals to cloning primates.

In January 2018, Chinese scientists reported using the same method that made Dolly to clone a macaque. The two identical clones of the monkey named 'Zhong Zhong' and 'Hua Hua' were born in 2017. Most recently, scientists in China took this research a step further. In 2019, a group of researchers cloned five identical clones using the Dolly cloning method and the powerful gene-editing technique called CRISPR. 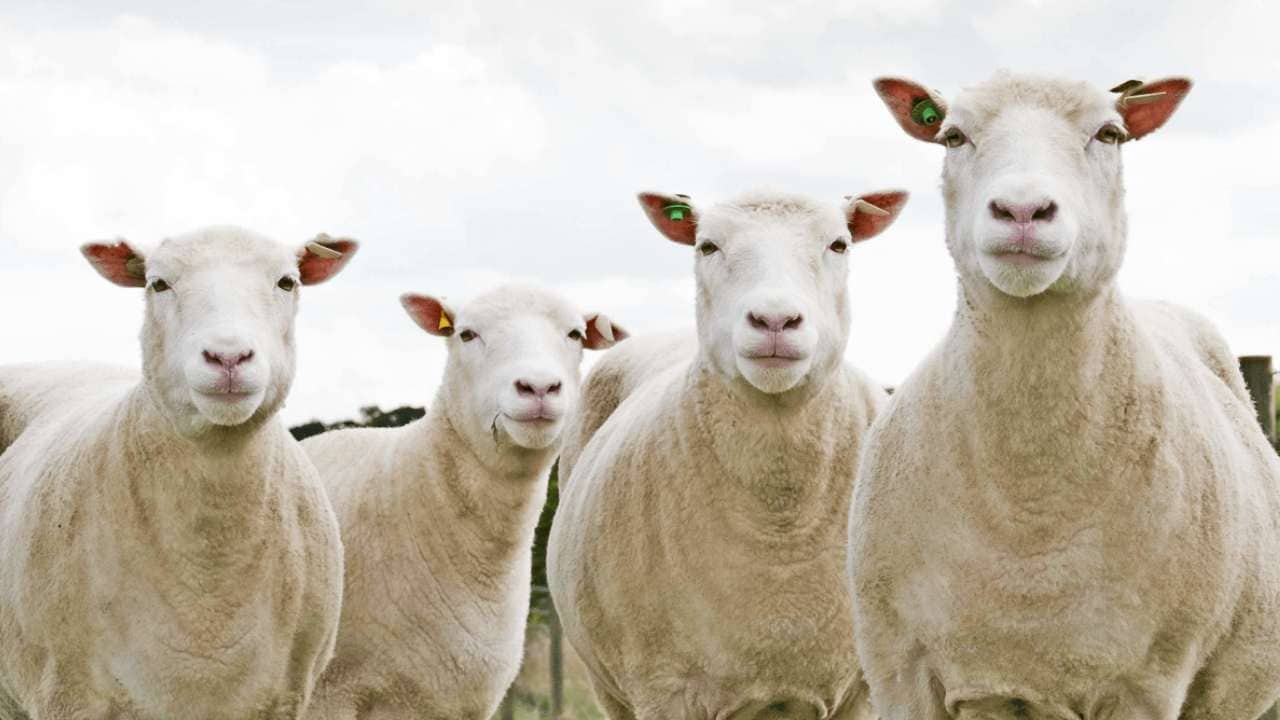 These gene-edited monkeys represent a host of genetic mental health conditions, including anxiety, depression, and schizophrenia that they will be used to study. This latest advance once again fueled the discussion on the possibilities of cloning humans and the ethics surrounding it. Despite the many questions raised after Dolly came into the world, human cloning didn't (and hasn't) come to fruition. However, researchers and the public at the time wondered about the significance and ethics of creating human clones, and tweaking human embryos.

There's a discussion that has come up with the advent of every new technology that has ever made the promise of 'fixing' human flaws.

Parallely, the realm of stem cell researchers got a big boost from Dolly's birth and raised questions about the ethics of toying with embryos. That's where the true promise of the clone's legacy lies — not so much in cloning animals, but in stem cell research. Following Dolly's arrival, researchers had come to understand that fully-developed 'adult' cells could be reversed to less-developed ones, which could, in turn, be moulded into many different types of cells. Sheep normally live to be about 10-12 years old. In Dolly's case, she was euthanized after being diagnosed with lung disease and worsening arthritis in 2003, at age 6. People wondered if being the clone of a 6-year-old sheep had somehow made her grow old faster. Dolly's sister clones were also put to sleep eventually.

After looking into each of their deaths, researchers concluded that the clones didn't age any more quickly than their natural counterparts might have, nor did they suffer a great deal more from having been cloned.

Over the last 10 years, our understanding of cloning has grown profoundly. Researchers have moved a lot closer to reaching that promised land: cloning Dolly 22 years ago was the birth of hope for the technology. And ten years from now, perhaps the ethics will have finally caught up to the technology's potential. We may finally be that much closer to reaching the promised land that Dolly's birth had painted all those years ago.

The author writes on biology & medicine.