The Mi TV 5 is also expected to come with an integrated bending frame, backplate without screws

Xiaomi is all set to launch its latest smart TV, the Mi TV 5 series, for the Chinese market tomorrow, 5 November, at an event in China.

As is the case with most Xiaomi launches, the details of the Mi TV 5 are already leaking in a drip-feed manner over the internet. Most of these leaks are courtesy Xiaomi itself. According to the latest report from GizmoChina, the Mi TV 5 will be coming with a bezel that is just 1.8 mm thick, as compared to the 3.4 mm seen on the Mi TV 4. This is a seriously thin bezel for a smart TV. In addition to that, Xiaomi claims that the TV will have a body thickness of just 5.9 mm. 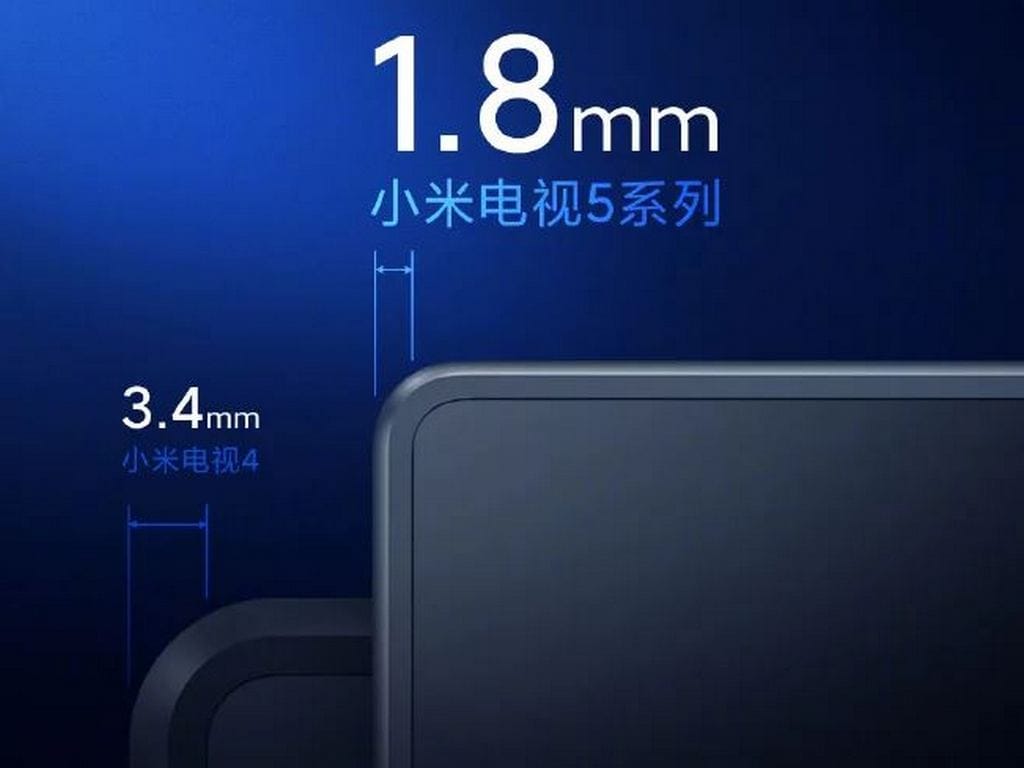 Mi TV 5 could come with bezels as thin as 1.8 mm. Image: GizmoChina

The Mi TV 5 is also expected to come with an integrated bending frame, backplate without screws. Apart from this, we know that the Mi TV 5 is expected to come with a 12 nm T972 chipset which can support up to 8K video recording. Alongside this CPU, you are expected to get 4 GB of RAM and 64 GB of onboard storage. It will most likely be sporting a 4K QLED panel, made by Samsung. Mi TV 4 series comes with LED panels made by either Samsung or LG. So it's safe to assume that the Mi TV 5 series will be competing with the quantum dot LED panel sporting OnePlus TV. Details regarding the price point of the Mi TV 5 series or the variants in which Mi TV 5 may be launching are not yet known.

In addition to the Mi TV, Xiaomi is also expected to launch the CC9 Pro, which is expected to come with the 108 MP rear camera, tomorrow as well.