The Mi 2S Air Purifier is available for Rs 8,999 on the Mi Home store and on Amazon.

Having clean, breathable air is no longer something we can take for granted in India. Pollution levels are getting so bad that it has now reached a stage where we must actively take steps to protect ourselves. In fact, air pollution is fast emerging as the single largest threat to human life. A WHO study estimates that 4.2 million people succumb to air pollution-related illnesses every year, but what's even scarier is that indoor air pollution is responsible for 3.8 million deaths a year.

This is where air purifiers come in, and today, we’re taking a look at the Xiaomi Mi Air Purifier 2S.

Air purifiers aren’t just meant for cities as polluted as Delhi. Even in areas like Navi Mumbai, which are relatively green and seem pollution free, an air purifier can have a marked impact on your quality of life.

What most people don’t realise is that air pollution isn’t just about smoke. Polluted air also includes suspended particulate matter like dust, but it’s not just dust that’s harmful, there could be particulate concrete, paint flecks, chemical compounds, odours and a whole lot else.

Better yet, it’s not just the outside air that’s polluted. The inside of your house could be even worse.

In my own home, the air quality index (AQI) was a shocking 170 (up to 75 is considered acceptable). This is in a house that is swept, swabbed and vacuumed regularly, and the rooms are air-conditioned. It was only after installing the Mi Air Purifiers 2S (henceforth referred to as the Mi 2S) that the AQI fell to a much more reasonable 45.

And that’s why you need an air purifier, regardless of which brand it's from. For now, let's take a closer look at the one at hand. 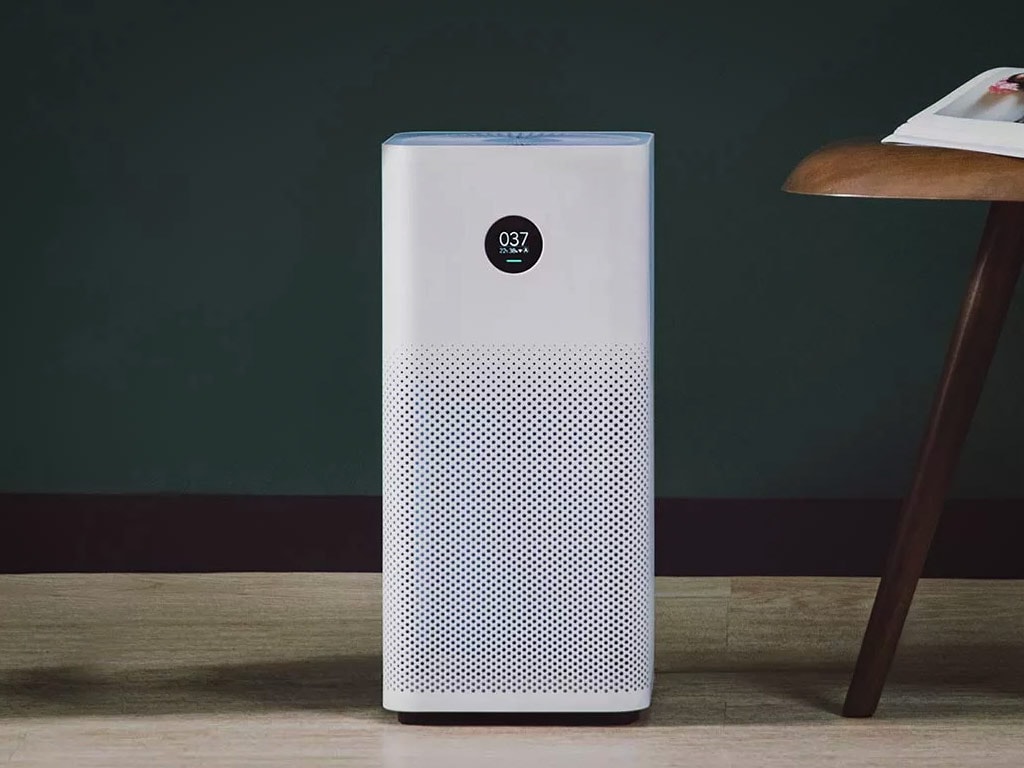 The Mi Air Purifier is well built and well designed.

The Mi Air Purifier 2S is a small, white cuboid that barely reaches up to my knees. It’s much smaller than I expected and is surprisingly light.

But don’t let that weight fool you. Chinese products have a reputation, perhaps undeserved, for being cheaply built, but the Mi 2S is the exact opposite of that. Nothing about it feels cheap.

It’s a nicely built and finished product with sturdy panels and solid buttons that feel like they could last a really long time. It’s also well-designed. Opening the rear panel to access the filter is easy, and the design is so thoughtful that the purifier will turn itself off the moment you open the panel. Xiaomi uses a 3-stage air filter in the Mi 2S.

For filtering the air, Xiaomi uses a 3-stage filter. A large outer filter capture all the larger particulate matter such as dust, hair and fur. The inner filter is a HEPA H11-grade filter (high-efficiency particulate air) that is designed to capture microscopic particles. H11 simply defines the efficiency with which the filter operates, which is 95 percent in this case. A more expensive filter, such as one from Dyson, might use an H13 or H14-grade filter that filters with a 99.95-99.99 percent efficiency, but H11 is more than enough for most homes.

The third and innermost filter is made from activated carbon, which is a material similar to what you’d find in water purifiers. This filter captures harmful chemicals, odours and other noxious substances in the air.

The fan faces the top and the air is sucked in from all sides, through the various filters.

Speaking of fans, my biggest concern when picking up the Mi 2S was that the fans would be too loud. Surprisingly, this wasn’t the case. In auto mode, the fan is dead silent. The fan on the Mi 2S is so silent that you'll forget it's there.

If the AQI in your home is bad, as it was in mine initially, the fan can get loud. Even in this case, it’s quieter than a table fan, ceiling fan or air conditioner. You could manually force the fan to spin faster if you wanted it to, but this is normally not needed. You can monitor and control the Mi 2S using the Mi Home app and smart voice assistants.

There’s a button on top for changing the purification mode and there’s another one on the rear for adjusting the light level and for resetting the device.

I love the fact that I can control the purifier with the Mi Home app or via smart speakers like Google Home or the Amazon Echo. However, the Mi 2S is so silent that I usually forget it’s even in the room. It just works quietly in the background, continuously purifying the air.

One important factor to consider when buying a purifier is the cost of spare parts. Filters will have to be replaced from time to time, after all. The filter will last around a year.

I’ve been using the Mi 2S for about 3 weeks now, which includes the heavily polluted week of Diwali. According to the Mi 2S, I’ve still got 94 percent of my filter left. Extrapolated, that means the filter will last me about a year (50 weeks, give or take). Replacements are easily available on Amazon and on the Mi Home store and cost Rs 2,199. Which is quite reasonable.

The degradation of the filter will, of course, vary depending on how polluted of a place you live in.

All things considered, I think the Mi 2S is perfect for most homes. It’s quiet and unobtrusive and seems to work very well. It’s also well built, well designed and compatible with smart home accessories. Really, what more could you ask for from an air filter, especially one that just costs Rs 8,999?

On a more personal note, given the impact that it’s had on my health as well as that of my parents, I think the investment in an air filter, no matter the brand, is more than worth it, and the Mi 2S is certainly a good place to start.

Cinderella movie review: Camila Cabello musical is a shoe without a soul