Xiaomi is gearing up to launch its two smartphones — Xiaomi Mi 9 Pro and Mi Mix 4 5G — on 24 September in Beijing. The company confirmed the same by posting an image on the Weibo account. Xiaomi also revealed that a Mi TV will also be launched along with the smartphones.

It was earlier confirmed by the company that Xiaomi Mi 9 Pro will have the new Mi Charge Turbo 30 W wireless charging tech. As per a report by Playfuldroid, the smartphone might feature a 6.39-inch Super AMOLED display. Xiaomi Mi 9 Pro is likely to be powered by Snapdragon 855+ processor and could pack with a 4,000 mAh battery. 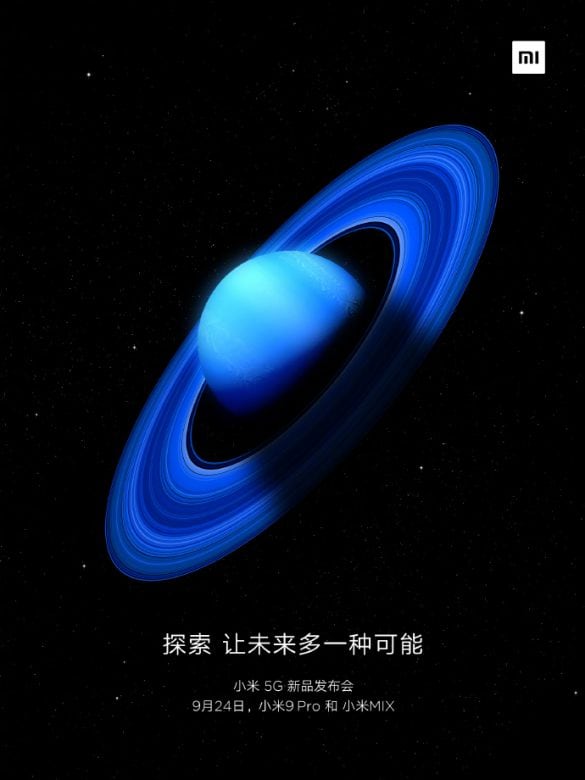 It was earlier leaked that the upcoming Mi Mix 4 might feature a quad-camera setup at the back. Along with the 108 MP primary lens, this camera setup is likely to include a 16 MP super-wide lens, 12 MP lens, and a periscope zoom lens. As for the design, all that the leak revealed was that Mi Mix 4 will have a ceramic body.

Xiaomi also confirmed that MIUI 11 will also be launched on 24 September.