Expected to launch on 11 February, Mi 10 is likely to be powered by the Snapdragon 865 processor.

It is not yet confirmed but Xiaomi is expected to unveil its Mi 10 and Mi 10 Pro 5G in early February. A teaser poster on Weibo revealed that the launch date might be 11 February. Ahead of the official launch, several leaks surfaced online that hinted the Mi 10 might feature a quad rear-camera setup that uses a 108 MP primary sensor. A new set of live images of these rumoured smartphones have been leaked that have given several more insights as to what can we expect from these handsets.

As per an image shared on Weibo, the Mi 10 Pro might come with a 65 W charger. It further revealed that the Mi 10 is likely to come with 48 W fast charging tech. Another post on Weibo suggested that both Mi 10 and Mi 10 Pro are likely to be powered by the Qualcomm Snapdragon 865 chipset. It further revealed that both the phones are expected to have a quad-camera setup on the back. It also hinted that the Mi 10 series might debut on 11 February. It shows two smartphones in black and white options. 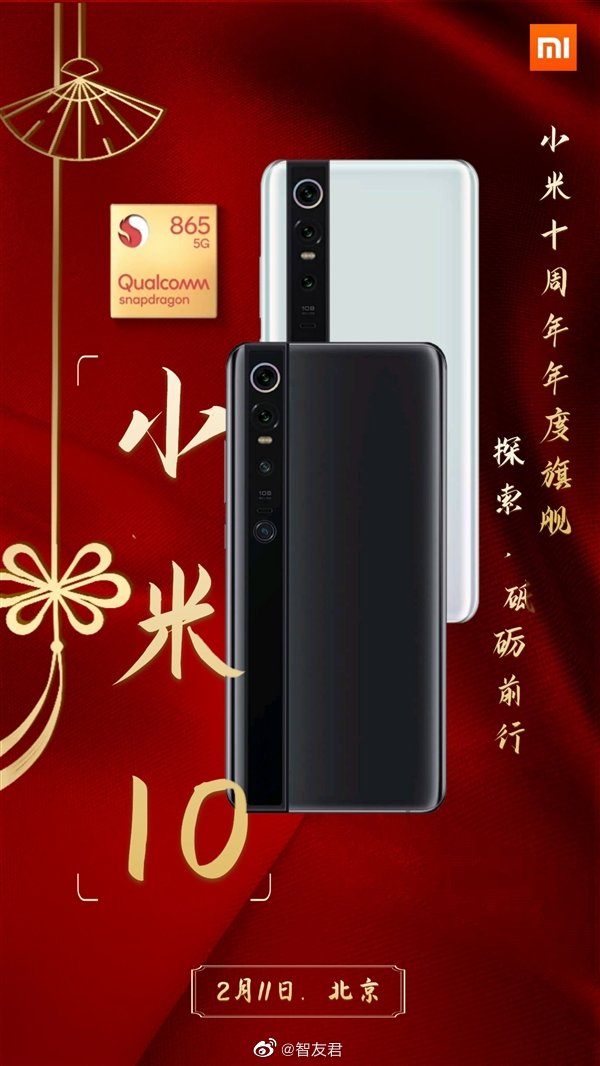 One more Weibo post has popped up that suggests apart from the Snapdragon 865 processor, the Mi 10 might feature a 108 MP primary sensor at the back.

To recall, Xiaomi is expected to launch its Mi Mix Alpha with a wraparound display in India. A teaser page on the website gives us more reasons to believe that the smartphone might land in India soon. Mi Mix Alpha might cost you somewhere around 2.5 lakh.