Xiaomi has finally launched a new product category, one that was awaited for a while - the Mi TV 4. Xiaomi claims that this is the world's thinnest LED TV with a body that is only 4.9 mm thick. The TV has been given a price tag of Rs 39,999 and will be available for sale starting from 22 February on Flipkart and Mi.com. 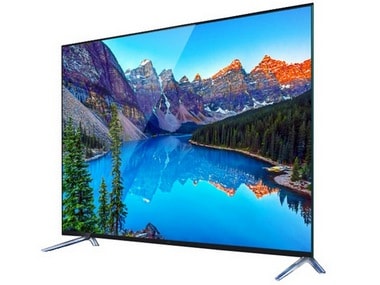 The Mi TV 4 has an ultra-thin, almost frameless design with a screen size of 55-inch. The TV is capable displaying 4K HDR content and also has Dolby surround sound and DTS Cinema audio capabilities.

It houses a quad-core 64-bit Amlogic processor powering it and uses the Mali-T830 as a GPU. The Mi TV also has 2 GB of RAM and 8 GB of onboard storage for storing apps. The smart TV has 3x HDMI (1 ARC) ports and along with 2x USB ports out of which one is USB 2.0 and the other is USB 3.0.

In terms of connectivity, the phone has dual-band Wi-Fi (802.11ac) and Bluetooth 4.0 connectivity. The TV also comes with the Mi Remote which the company claims is "as simple as it looks" and can be used to control the TV, STB and more. The MI TV 4 runs the PatchWall OS which has over 500,000 hours of content which is available in 15 Indian languages along with personalised recommendations. The TV is available in only one colour.

Xiaomi has also partnered with electronic program guide makers which enables it to seamlessly switch between the smart TV mode and regular set-top box TV mode. Out of the box, it has support for all the major DTH carriers as well as local cable networks.