Apart from being thin, the Mi TV 4 is also modular and referred to as frameless by the company thanks to the separation of the motherboard from the TV body.

Xiaomi seems to be all geared up to launch the Mi TV 4 in India alongside what seems like the Redmi Note 5 on 14 February.

The company has yet to blatantly state it, but its latest teasers and specifications make it very clear that Xiaomi will be announcing its first television for the Indian market. 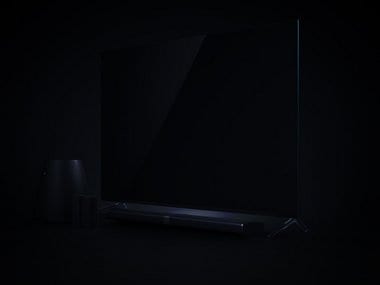 The Chinese smartphone brand took to its YouTube and Twitter handles to reveal a teaser for the television, despite not showing the product. Xiaomi's e-commerce partner Flipkart is also teasing the Mi TV 4 on its website, teasing the thin 4.9 mm body of the television. Xiaomi will be setting a live stream for the event which will also likely see the launch of the Redmi Note Note 5 as well as the Redmi Note 5 Pro in India. Although nothing is confirmed yet.

According to an earlier report, the Mi TV 4 was announced a while back at CES 2017 but is still the latest offering from the Xiaomi staple. Apart from being thin, the television is also modular and referred to as frameless by the company. Xiaomi has separated the TV display from the motherboard on the Mi TV 4 which makes it easy for consumers to upgrade the television without breaking their bank balance.

The company has also integrated a Sound system along with the motherboard though users still have the option of attaching wireless speakers to ensure a wire-free sound setup. Mi TV bar comes with ten integrated speakers along with two wireless rear satellite speakers and a subwoofer. The Mi Bar has access to all the HDMI, USB 3.0, LAN Network and other additional sound ports and only needs one cable from Mi Port to transfer all the information to the display.

At the time of its announcement at CES 2017, Xiaomi stated that the Mi TV 4 will ship in three display sizes starting from 49-inches going up to 55-inches and maxing out to 65-inches.

We do not know about its pricing in India yet but given the company's usual aggression when it comes to pricing, the Mi TV is expected to be more affordable in comparison to similar rival TVs.