Xiaomi announces launch of 'Desh ka smartphone' in India on 30 November; could be the Redmi Note 5

Xiaomi vice president Manu Kumar Jain had earlier taken to his Twitter account to tease the possible launch of the smartphone. 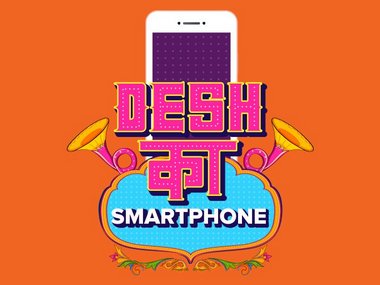 Xiaomi vice president Manu Kumar Jain had earlier taken to his Twitter account to tease the possible launch of the smartphone with an image that shows the letter "i" with dots in the Indian tricolour. But it turned out that the teaser was for the recent launch of Mi Power Bank 2i which was a 'made in India' product with a low starting price tag of Rs 799.

The company recently opened up its third manufacturing plant in Noida and also said that it plans to invest up to $1 billion in startups over the next five years to build an India-centric product portfolio.

All these reports could lead to a reasonable speculation that Xiaomi plans to go along the lines of smartphone makers like Micromax and release something very India centric like a basic entry-level smartphone.

"i" is coming soon! Any guesses what is this? @XiaomiIndia pic.twitter.com/rfmXuA8dfq — Manu Kumar Jain (@manukumarjain) November 18, 2017

Just to emphasise that the Redmi Note 5 has not been announced yet anywhere and seeing massive sales of Redmi Note 4 in India, there is a very minute possibility that the 'Desh ka phone' could actually be the Redmi Note 5.