WhatsApp might also get a tag of 'WhatsApp from Facebook' in the next update for Android and iOS.

The Facebook-owned messaging app, WhatsApp recently added a new feature of fingerprint unlock for Android users. Under this, users will be able to unlock the WhatsApp by pressing their finger against the fingerprint sensor as you do to unlock your smartphone.

Now rumour has it that WhatsApp is bringing a new feature for iOS users too.

It was recently reported by Wabetainfo, WhatsApp is going to add memoji stickers for the iOS users. This feature is expected to be available in the next 2.19.90 WhatsApp Beta update. WhatsApp is reportedly going to add memoji stickers in the next update for iOS users.

As per the report, only those users will be able to get these memoji stickers who are on  TestFlight Beta Program. 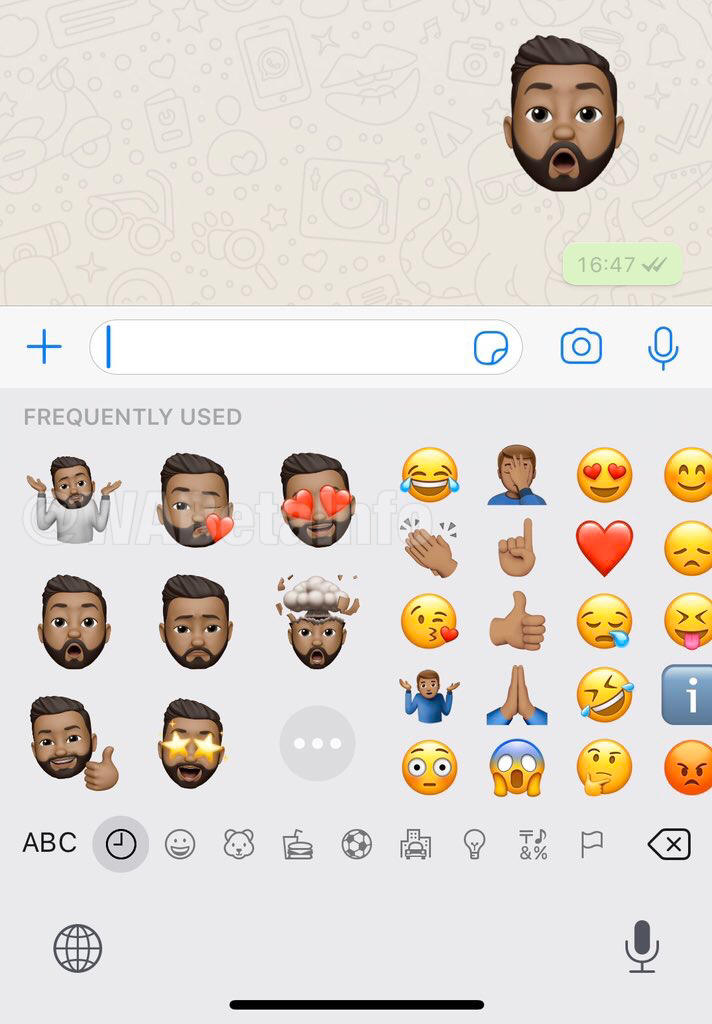 The memoji sticker is expected to roll out in the upcoming WhatsApp update.Image: WABetainfo

WhatsApp is also reportedly going to change its name from "WhatsApp" to "WhatsApp from Facebook" in the upcoming WhatsApp update. It was reported that this tag will only be found under settings.

Another feature that WhatsApp is reportedly working on is the boomerang feature. This feature is likely to be same as Instagram's existing feature where you can make a seven-second video. This update is reportedly in the developmental stage and is expected to roll out for iOS users first and then for the Android users.

This is expected to be rolled out for both Android and iOS users soon.