The Vivo V9 is expected to be unveiled at an event in Thailand on 22 March, which is now just a day before its India launch.

Vivo India's new flagship smartphone, the Vivo V9 which was scheduled to launch on 27 March, has now been preponed to 23 March. 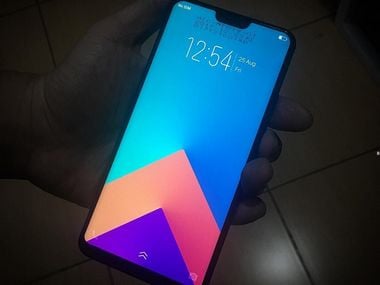 Based on what we know about the Vivo V9 from leaks so far, the phone bears a FullView display with minimal bezels and sports a notch on the front to accommodate the front-facing camera, the earpiece and other sensors. The front of the phone bears a look which is very similar to the iPhone X and the recently unveiled Asus ZenFone 5. The image of the retail box does not reveal anything new about the phone either.

The phone is expected to be unveiled at an event in Thailand on 22 March, which is now just a day before its India launch.

In terms of specifications, the V9 is expected to feature a 6-inch AMOLED display with a resolution of 1080 x 2160 pixels which comes with added Gorilla Glass 5 protection. Inside, the phone is supposed to pack a Qualcomm Snapdragon 660 chipset coupled with 4 GB of RAM and 64 GB of onboard storage. Powering the package is said to be a 3,250 mAh battery unit.

We do not have any hints about the price of the phone in India just yet, but it is expected to be around the Rs 24,000 range.