Vivo V7 will be powered by a 64-bit octa-core Qualcomm Snapdragon 450 while running Vivo’s heavily skinned Funtouch OS 3.2 based on Android 7.1.

After a successful run of its selfie-focused flagship smartphone V7+ in India, Chinese smartphone maker Vivo has launched the V7 with 24 MP selfie and 16 MP rear camera in the Indian market at a price of Rs 18,990. 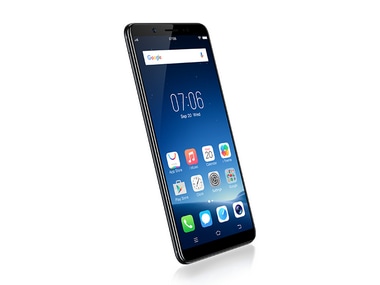 ”With the launch of V7, we are offering consumers another compelling proposition featuring an excellent camera and powerful performance at a competitive price point," said Kent Cheng, CEO, Vivo India.

Vivo V7 will be powered by a 64-bit octa-core Qualcomm Snapdragon 450 while running Vivo’s heavily skinned Funtouch OS 3.2 based on Android 7.1. The device sports a 5.7-inch ‘FullView’ display with HD resolution, 83.6 percent screen to body ratio and an 18:9 aspect ratio. V7 sports 4 GB RAM along with 32 GB internal storage and the device is powered by a 3000 mAh battery. Vivo has added a number of new features including Face Access, Smart Split 3.0 and App Clone features. The company has established itself has one of the top smartphone brands in the market after entering the market back in late 2014. According to the International Data Corporation's (IDC) latest "Quarterly Mobile Phone Tracker, Q3 2017", Vivo is at the fourth position in the country after registering a healthy 153 percent annual growth. The company has a manufacturing unit in Greater Noida with a distribution network across the country, both online and offline.