Vivo reportedly starts sending invites for MWC 2020, to be held on 23 February

Vivo might launch its foldable smartphone at Mobile World Congress 2020, to be held in Spain.

Just like every year, Mobile World Congress is scheduled to be held in February next year. Vivo has reportedly confirmed the date as well by sending out invitations for this tech gala.

As per a report by GSMArena, Vivo has sent them an invite stating that MWC 2020 will be held on 23 February next year in Spain. The event will take place at 5.00 CET at Nautic Centre, Barcelona. The invite does not give any detail about any device launch.

In the backdrop, we can see a "V" alphabet. It can be expected that after all this time, Vivo might also delve into the foldable smartphone segment and might launch its first at this upcoming event. And this is possible as it was last year at MWC only when companies like Samsung and Huawei announced their foldable smartphones. But again, this is simply speculation, we cannot say anything for sure. 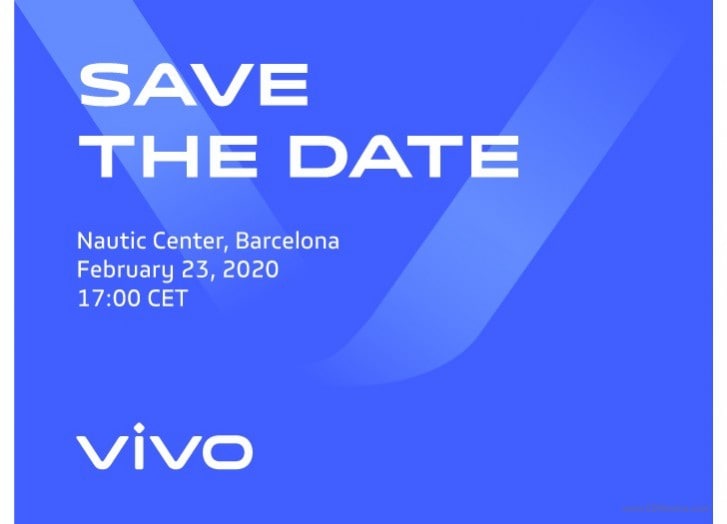 To recall, Vivo has recently unveiled its Vivo V17 (Review) in India at a price point of Rs 22,990. This "V" could also mean that we might see one more smartphone in the V-series, a successor to the Vivo V17.

Vivo V17 to launch in India today at 12 pm: Here's when and where to watch it live

Vivo V17 expected to launch on 9 December, may come with a punch hole display

Vivo V17 review: Enjoy its fancy looks and decent camera, but that is all about it