US President Donald Trump and Apple CEO Tim Cook are set to visit facilities in Texas on Wednesday where Apple's high-end computers are assembled, sources briefed on the matter confirmed Friday.

Reuters reported on Tuesday that the trip was planned for next week to showcase companies that keep jobs in America, according to two people familiar with the matter. Three people confirmed the trip has been scheduled for Wednesday. The White House and Apple declined to comment on Friday.

The trip will highlight Cook's strong relationship with Trump as he seeks further relief for Apple from US tariffs on imports from China and will be cited by Trump as part of his efforts to convince companies to add more US manufacturing jobs. 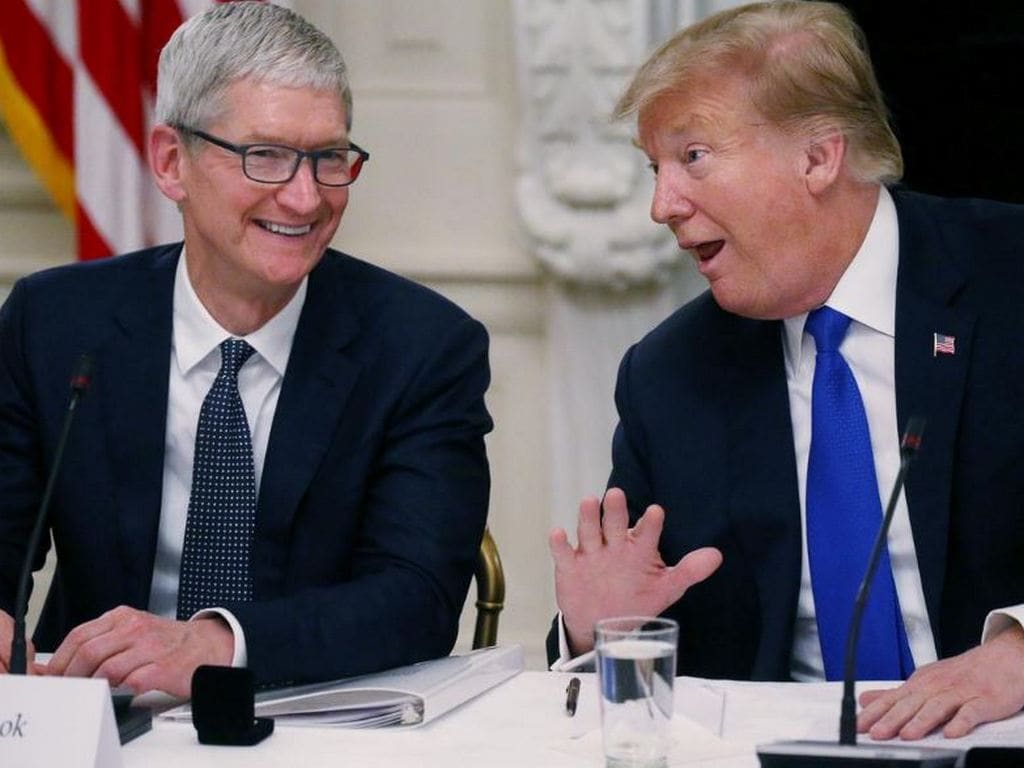 The tariffs are part of a prolonged, tit-for-tat trade war between the world's largest economies.

Trump and Apple have had a contentious relationship at times but have met on numerous occasions over the last year. In February, Cook joined a Trump administration advisory board that hopes to prepare US workers to deal with job training issues.

Apple has come under fire from Trump because it makes most of its products in China. But Cook and Trump have developed a good relationship. In 2017, Trump said Cook had "promised me three big plants — big, big, big."

In September, Apple said it would assemble its new Mac Pro desktop computers in Austin, Texas, at a contract manufacturing facility run by Flex Ltd where the previous version was assembled.

The new Mac Pro desktop became a political flashpoint earlier this year when the Wall Street Journal reported that Apple was moving production to China.

The announcement came days after US trade regulators approved 10 out of 15 requests for tariff exemptions filed by Apple amid a broader reprieve on levies on computer parts.

Earlier this month, Apple also asked the Trump administration to waive tariffs on Chinese-made Apple Watches, iPhone components, and other consumer products, according to filings with trade regulators.