Going by the teaser posted by Tecno Mobile on its social media channels, it's easy to guess the handset set for launch is the Camon CM, a smartphone which was recently launched in Nigeria, Africa, one of Transsion's main markets.

China-based handset player, Transsion Holdings, is holding a launch event in Delhi today for the launch of another new smartphone under its Tecno Mobile brand. 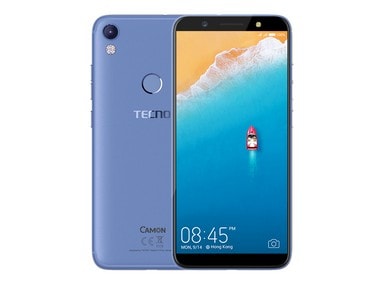 Going by the teaser posted by Tecno Mobile on its social media channels, it's easy to guess the handset set for launch is the Camon CM, a smartphone which was recently launched in Nigeria, Africa, one of Transsion's main markets. The company also recently made an announcement that it would soon launch a CAMON series smartphone with an edge-to-edge display.

Called the Camon CM in Nigeria, there are rumours that device could also be launched as the Tecno Camon I in India.

The design of the Tecno Camon CM features a unibody rounded design made of metal and glass with the typical rounded edges we are used to seeing from other Chinese smartphone manufacturers. The fingerprint reader sits on the back of the device.

The Tecno Camon CM is a budget smartphone which focuses on the display by offering a 5.7-inch, 18:9 display ratio sporting an HD+ resolution of 1,440x720 pixels.

The touchscreen display is protected by a screen made of Corning's Gorilla Glass 3 with 2.5D curved edges. Moving to inside, Tecno's edge-to-edge display smartphone features a 1.3 GHz quad-core processor with 2 GB and 3 GB RAM options and 16 GB and 32 GB options for internal storage.

There are 13 MP camera units on both the front and the rear accompanied by their respective LED flash modules.

Connectivity options include a Wi-Fi, Bluetooth, GPS and support for 4G LTE. The handset runs the company's HiOS which is based on Android 7.0 and is powered by a 3,000 mAh battery. The the Chinese smartphone brand came out with bang last year in April by debuting with five new smartphones in India, priced between Rs 7,990 to Rs 14,990. Once launched the Tecno Camon CM should compete with the Infocus Vision 3, Xiaomi Redmi 5A and other such smartphones in the entry level segment. Pricing will be critical as more manufacturers like Amazon's 10.or brand have also entered the space. The Camon CM was launched at Naira 47,000 in Nigeria which is roughly Rs 8,500 in India.

Tecno Mobile launches i3, i5 and i7 smartphones in India; prices start from Rs 7,990