TRAI has also proposed capping the number of test subscribers to 5 percent of installed network capacity for a service area, also called a telecom circle.

Regulator TRAI has recommended rules of network testing before an operator commercially launches mobile services, proposing clear limits on number of trial subscribers to be onboarded and a 90-day period for the test phase. 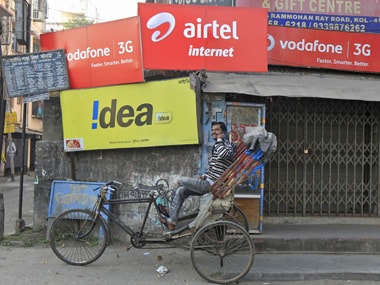 The issue of do's and dont's for network testing had stirred up a storm in the industry after Reliance Jio amassed over 1.5 million users even before commercial launch of its services in early September last year.

The established operators had at that time cried foul and charged the newcomer with offering full-fledged mobile connection loaded with freebies in the guise of a trial launch.

The incumbent operators had also demanded that the rules of such trial service be clearly spelt out.

In it's recommendations issued on 4 December, the Telecom Regulatory Authority of India (TRAI) has suggested that while an operator should be allowed to enrol test subscribers, there should be defined limits both in terms of number of test subscribers in a service area and also duration of the test phase (90 days but extendable on valid grounds).

"There should be a limit of 90 days on the test phase involving test subscribers. However, if the TSP (telecom service provider) fails to conclude network testing due to valid reasons, it may make a representation to the licensor, seeking additional time for network testing giving detailed justification, which may be decided by the licensor on case-to-case basis," it said.

The sector regulator has also proposed capping the number of test subscribers to 5 percent of installed network capacity for a service area, also called a telecom circle.

For this, the "service provider will submit the detailed capacity calculations of the network to Department of Telecom and TRAI atleast 15 days before commencing enrolment of test subscribers," it said.

An operator should be required to give prior intimation to the government and the regulator at least a fortnight before commencing the enrolment of test subscribers, TRAI has said in its latest recommendations.

Number porting facility should not be extended to network in the test period, it said, adding that operators should also transparently inform subscribers about the scope of services that will be offered in the trial phase as also the possibility of sub-optimal level of network performance.

As per the rules proposed by TRAI, telcos would also have to inform their test subscribers about likely date of commercial launch, and waiver of all charges (fixed charge or usage based charge) during the test phase.

They would also have to inform subscribers that the port out facility would not be available till the services are commercially launched.

The telecom watchdog has also stated that all licensing provisions related to security and privacy, including ensuring verification of every customer before enrolment, protection and privacy of communication, maintaining call record and lawful interception and monitoring will also have to be met by the operator.

"...it is important that all applicable systems are tested before commencement of commercial service," TRAI said, outlining its views on Network Testing before Commercial Launch of Services.

At present, there is no defined time period for network testing before commercial launch of services by licensees.

Following the firestorm of controversy over network testing, DoT had sought TRAI's recommendations on the issue including enrolment of customers for testing, duration of testing period, following which the regulator initiated the consultation process in May this year

MNP gets a thumbs up; 45 million subscribers till April '12