The number of unconnected Indians in the country is a staggering 1 billion and most of these people reside in the rural places of India, says Osama Manzar.

India has the second largest number of people connected to the internet globally along with the second biggest base on Facebook. But India is also the world's most unconnected country with respect to the internet. Only 20-30 percent of India's 1.3 billion population has internet access, which means that over a billion people have still been left on the sidelines. How do we realise the dream of Digital India? To better understand this digital divide, we spoke to the one and only Osama Manzar, Founder and Director of the Digital Empowerment Foundation. 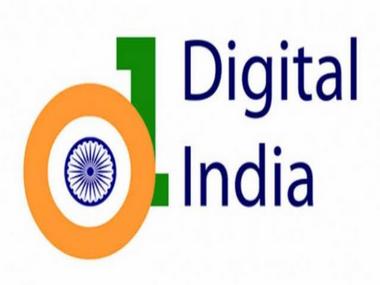 The number of unconnected Indians in the country is a staggering 1 billion and most of these people reside in the rural places of India, says Osama Manzar. We have the second highest internet population, but also the world's largest unconnected population. "I'm not demanding or saying that digital should be there in every house. We just need something that could work functionally and legitimately in a proper manner," he says.

The way we are going digital, we are disempowering people, not empowering them, adds Manzar.

He believes that India is a country which communicates orally, which in turn requires audio or visual medium and this uses a lot more bandwidth. So it is of vital importance to have broadband connectivity, if not for every person, then at least for every institution such as schools, Panchayat, hospitals etc.

We also can't talk about Digital India without talking about Aadhaar, and Manzar's thoughts on that are also quite clear. He admits that he likes the idea of a common ID, but he thinks the implementation of the system is questionable. In his opinion, Aadhaar has become a tool of disempowerment and also a challenge for the common man.

To learn more about this "Digital Disconnect" and Manzar's views on the importance of empowering women, be sure to watch the complete interview above.

India@75: We dream of digitising our most remote villages and landing on moon, says EAM Jaishankar