In an effort to target first-time shoppers, both Flipkart and Amazon have scaled up their operations in recent quarters, especially in the smartphone segment.

Driven by exclusive online launches and strong promotions, e-commerce platforms captured a record 38 percent share of the total smartphone channels in India in the first quarter of 2018, a new report said on 15 June. 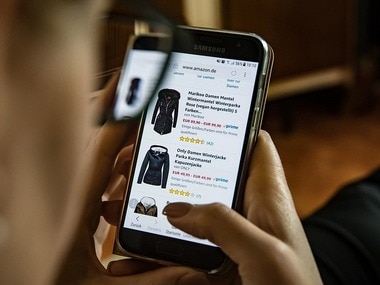 According to Counterpoint Research's "Market Monitor" service, Flipkart continued its dominance in the online smartphone market with 54 percent share, with Amazon at second place with 30 percent followed by Mi.com with 14 percent market share.

Xiaomi led online platforms with a share of 57 percent during Q1 2018, followed by Samsung (14 percent) and Huawei (Honor) (8 percent).

This was driven by the increase in the number of models launching on online platforms coupled with aggressive offers.

"Additionally, smartphone brands have now adopted a multi-channel strategy instead of relying on a single channel for distribution of their products and this has increased the competition over the past few quarters," Chauhan added.

"In an effort to target first-time shoppers, both Flipkart and Amazon have scaled up their operations in recent quarters, especially in the smartphone segment which is a major value driving category for these platforms," said Tarun Pathak, Associate Director at Counterpoint.

"Top five smartphones contributed to close to half of the smartphone shipments through online channels. Huawei Honor 9 Lite was the only model in top 5 slowing down Xiaomi's full dominance," said the report.