Samsung has announced their newest generation flagship SoC, the Exynos 9820 which is set to replace last year's Exynos 9810 chip. The newest SoC could be spotted on the upcoming Galaxy S10 lineup, early next year.

While performance improvements are an obvious feature, the highlight of Samsung's new chip is that it introduces dedicated hardware for on-device machine learning. Similar to Huawei and Apple's chips, the Exynos 9820 now comes with a neural processing engine (NPU) that is claimed to deliver up to seven times faster AI performance than the 9810. 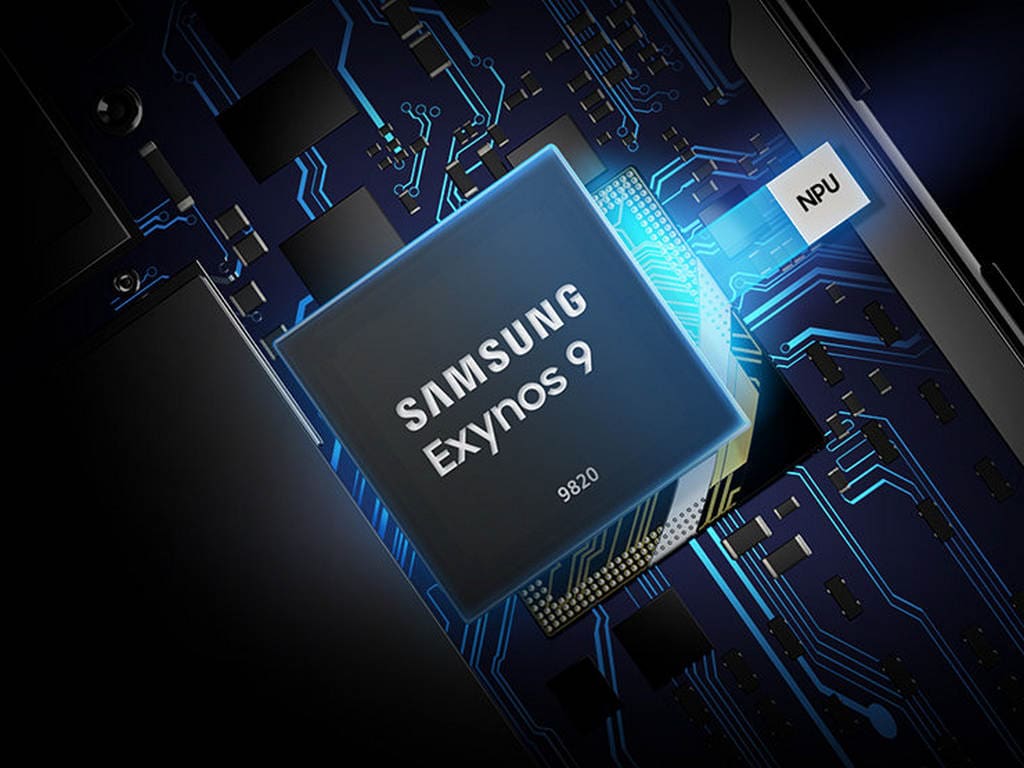 For the uninitiated, Neural Processing Units can be used to speed up tasks like image processing and AR. NPU's also enable traditionally cloud-based apps that use AI run in real time on the phone.

Similar to Huawei's Kirin 980 and the MediaTek X30 SoCs, Samsung has opted for an octa-core design with three clusters, a first for the company. The CPU features two high power custom cores, two Cortex-A75 cores for medium power and four low power Cortex-A55 cores for tasks that are not very demanding.

What is a surprise though is that the 9820 is not built on an 8 nm process and not a 7 nm process, as expected. Now, Samsung may have started production on 7 nm chips but they aren't ready or might just be reserving them for specific models. The 7 nm process could, theoretically, offer superior efficiency to 8 nm, but the margins are expected to be minimal.

Now, 8K recording is definitely rare but will become increasingly common in smartphones over time. This would be a feature that vloggers and video content creators will look forward to. As far as five camera support is concerned, we are likely to see an immediate effect as one (or more) Galaxy S10s are expected to feature three rear cameras and two front-facing cameras. Samsung has already experimented with a five-camera setup on the Galaxy A9 (2018) with four rear cameras and one up front, though this made use of the Qualcomm Snapdragon 660 chip rather than a homegrown Samsung Exynos SoC.

The 9820 also does not have any kind of native 5G support. It may be early days for the 5G networks and most users won’t likely feel its benefits next year even with a 5G-enabled smartphone. But buying a premium Samsung flagship, you would want to hold on to it for two to three years and you won't have the option of switching to 5G which is a definite bummer.