Samsung to compensate factory workers who suffered from work-related illnesses

Victims have been claiming that Samsung should come up with measures to prevent further outbreaks.

Samsung Electronics on 23 November made a formal apology to all victims of work-related diseases who were employed at the company's chip and display production lines, settling the long-standing dispute that lasted for more than a decade.

Samsung Electronics President and CEO Kim Ki-Nam, who heads the tech giant's crucial device solution division, expressed deep regrets on behalf of the company to the victims, claiming that Samsung will make every effort to comply with the compensation plan prepared by the mediation committee.

"Beloved colleagues and families have suffered for a long time, but Samsung Electronics failed to take care of the matter earlier," Kim said. "We lacked being considerate of such pains and promptly settled the issue.

"Samsung Electronics also did not fully and completely manage potential health risks at our chip and liquid-crystal display production lines. Today, we wish to express a sincere apology to the workers who suffered from diseases, as well as their families," Kim added. 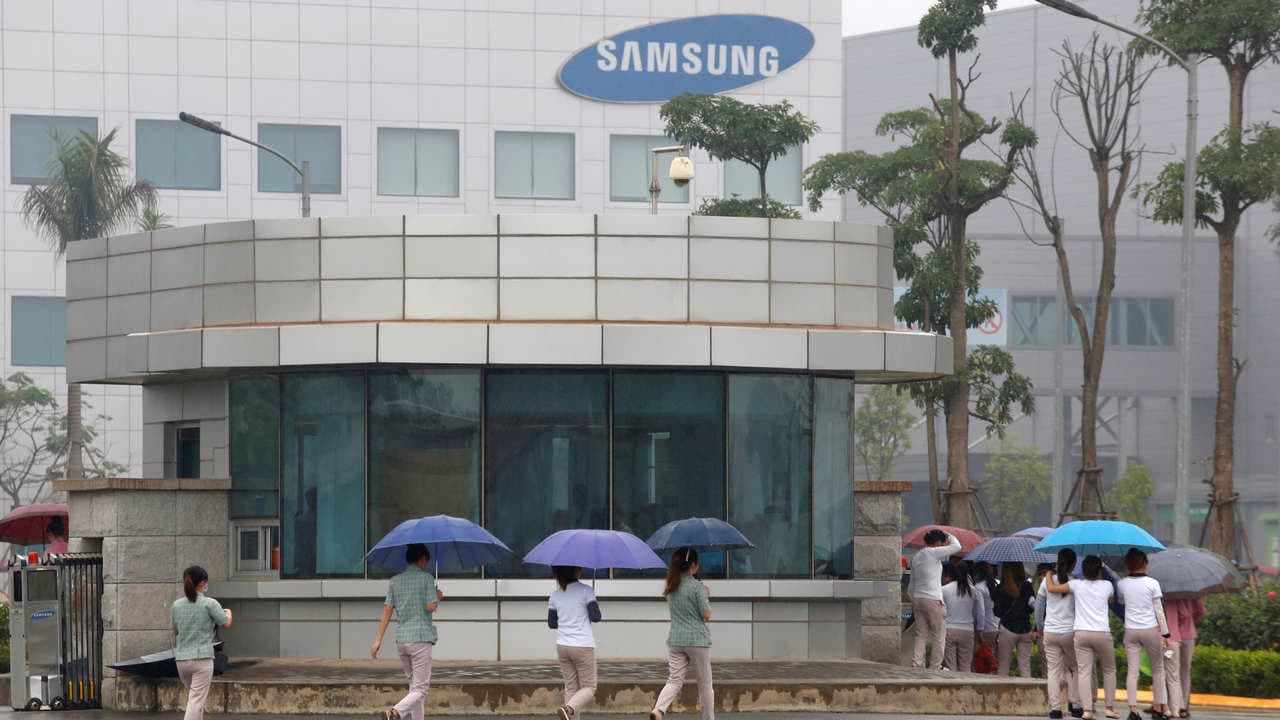 Employees make their way to work at the Samsung factory in Thai Nguyen province, north of Hanoi, Vietnam. Image: Reuters

The standoff involving the South Korean tech giant surfaced when Hwang Yu-mi, who worked on a Samsung chip production line, died of leukaemia in 2007.

Victims have been claiming that Samsung should provide compensation, apologise and come up with measures to prevent further outbreaks, Yonhap news agency reported.

The world's top chipmaker and the supporters for the Health and Rights of People in the Semiconductor Industry (SHARPS), a group of victims, agreed to accept any decision made by a mediation committee in July, unconditionally.

Earlier this month, the mediation committee announced the settlement that included compensation of up to 150 million won (US$132,000) per illness. The compensation plan also covers congenital diseases suffered by children of the victims. The agreement, however, did not acknowledge that the workplace environment is directly related to the diseases afflicting some employees.

On Friday, Samsung and victims accepted and inked the mediation plan as agreed in July. Government and industry officials attended the event as well.

Kim reiterated that Samsung will unconditionally accept the mediation.

Samsung said the compensation will be carried out by a third party — Jipyong, a South Korean law firm. The deadline for the compensation is 31 October 2028, although it can be extended depending on circumstances.

All incumbent or former workers of Samsung and its sub-contractors, who have served at the company's chip and LCD production lines in Giheung, south of Seoul, since 1984 will be eligible to apply for compensation.

Along with the compensation, Samsung donated 50 billion won to the Korea Occupational Safety and Health Agency to help improve workers' safety and health in the country.

The fund will be used for researching and building facilities for industrial safety.

Samsung and Jipyong plan to open an office to carry out the compensation scheme in December and start the process within this year at the earliest.

"Honestly, today's apology made by a Samsung Electronics CEO is not sufficient for the victims of the work-related diseases," said Hwang Yu-mi's father, Sang-ki. "But I will consider the apology as Samsung Electronics' resolution."

"We still have more tasks. The work-related diseases are not limited to Samsung Electronics' chip and LCD segments.

"There are also ailing workers from Samsung Electro-Mechanics, Samsung SDS, Samsung SDI and other affiliates, after handling hazardous substances," Hwang added. "I hope Samsung prepares a comprehensive compensation for all workers suffering from such illnesses."