Samsung is expected to do away with the fingerprint scanner completely on the Tab S4.

Days after the Samsung Galaxy Tab S4 was spotted receiving a certification from the FCC, fresh official renders of the tablet seem to have appeared on the internet. 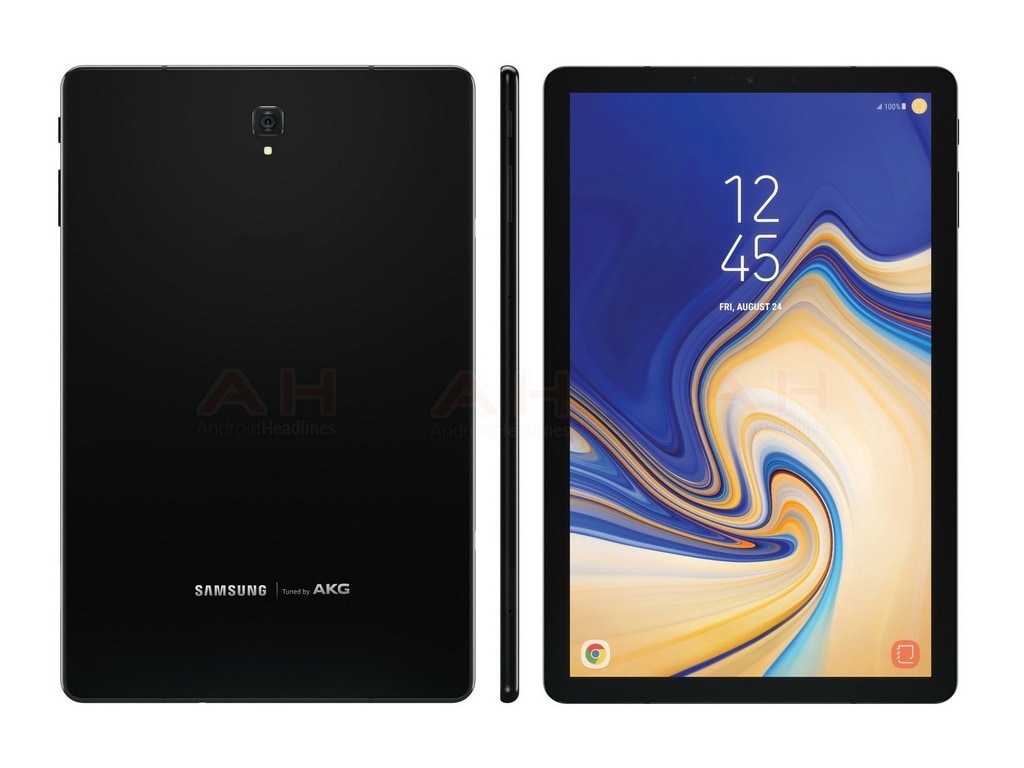 The images which were provided to Android Headlines by an anonymous source, show a tablet with thinner bezels and the lack of a fingerprint scanner, on the back or the front of the device. With smaller bezels, the Tab S4 is expected to feature a larger 4:3 aspect ratio display this time around, giving users a more immersive experience.

Given that Samsung is planning to give the fingerprint scanner a complete miss, it is likely that the company could have an iris scanner in the front of the tablet. This, however, is only a possibility, as the renders do not seem to reveal anything to that end.

The back of the tablet does remain quite similar to its predecessor and we see nothing much apart from a single-lens camera setup and the Samsung branding down below. We also see an AKG logo on the back, suggesting that the speakers on the Tab S4 could be tuned by the company.

As far as specifications are concerned, the Galaxy Tab S4 could be powered by an older Snapdragon 835 chipset and might have a 10.5-inch display with a resolution of 2560x1600 pixels.

Memory configurations suggest only one 4 GB RAM/64 GB storage variant for now, but there could be a more powerful variant announced at launch. The camera department is handled by a 12 MP rear and a 7 MP front shooter. The battery is rumoured to have 7,300 mAh capacity and Android Oreo 8.1 should be running the show. Support for Samsung DeX is also rumoured.

As per an earlier report, the Tab S4 is expected to launch alongside the much-awaited Galaxy Note 9 and the Gear S4 in August.