The Samsung Galaxy Note 9 will be officially unveiled on 9 August alongside the Galaxy Tab S4.

We've seen a number of Samsung Galaxy Note 9 renders do the rounds of the internet over the past few weeks, but the latest leak removes all doubts about colour variants as well as of the new S-Pen. Having recently leaked the Galaxy Tab S4 and the S-Pen, trusted tipster Evan Blass has just leaked supposed renders of all the variants of the Note 9. Blass took to his Twitter account where he posted black, blue and brown renders of the Note 9 along with their respective S-Pens.

The black variant of the Galaxy Note 9 gets a plain black S-Pen, the brown (looks more like copper) variant also plays safe with a brown S-Pen however, the blue variant comes with a yellow S-Pen, something which we had seen earlier in leaks.

There were rumours as well as a leak earlier which suggested that a Lilac variant will also be made available, however, if this image is anything to go by, there won't be one anytime soon. 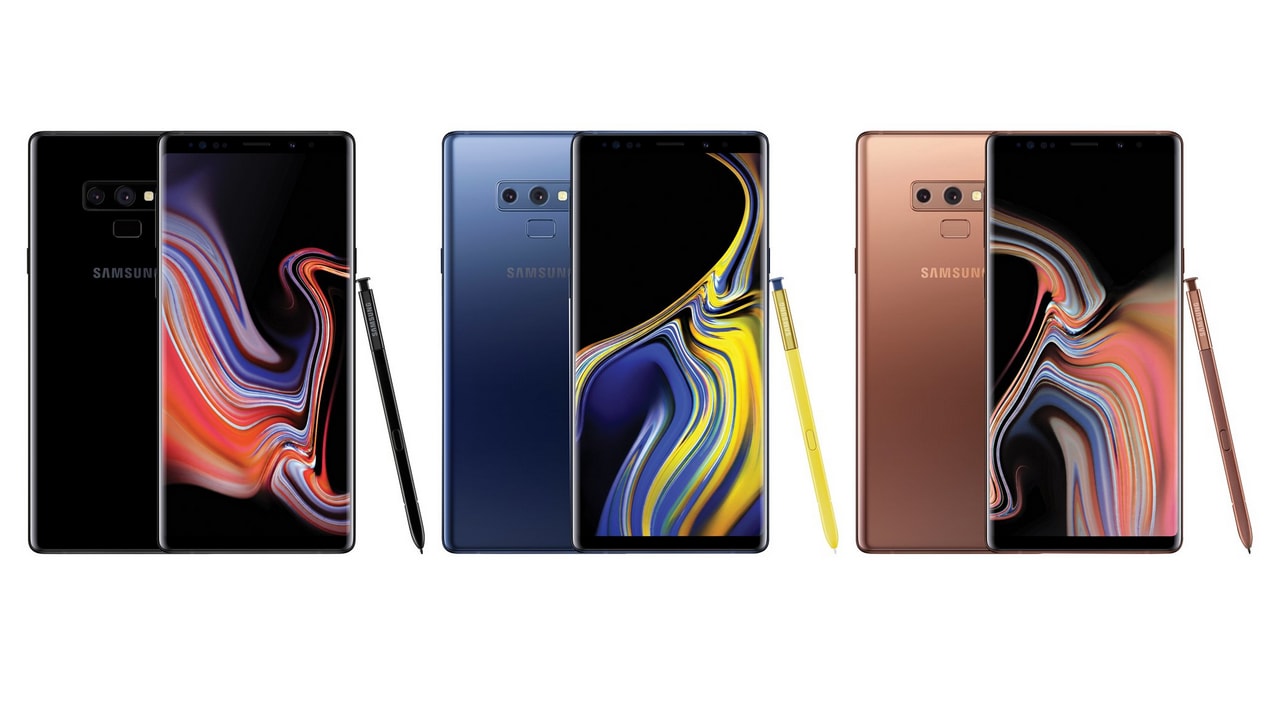 That said, in terms of specifications, the earlier leaks had suggested that the Galaxy Note 9 is expected to come with a 6.3-inch QHD+ resolution display, a Samsung Exynos 9810 or the Qualcomm Snapdragon 845 SoC, 6 GB/8 GB RAM and up to 256/512 GB of storage. The Note 9 might also pack a massive 4,000 mAh battery as well.

As for the cameras, the Note 9 is expected to pack a setup similar to what we saw earlier this year on the Galaxy S9 and S9 Plus.